birds : As of this weekend, my bins no longer reside round my neck during our walks, but are snug inside my shoulder bag, which indicates that I believe spring migration is over. A lone Wheatear at Fort Doyle yesterday was the only migrant of note.

moths : Spring half-term is usually when I start to trap moths in earnest but this year I have been too busy so far. Saturday we had a family wedding to attend, with the reception in Herm. I managed to nick away for a few minutes and recorded my first Rush Veneer for the year and found a couple of larva on a nearby Blackthorn bush (see below). 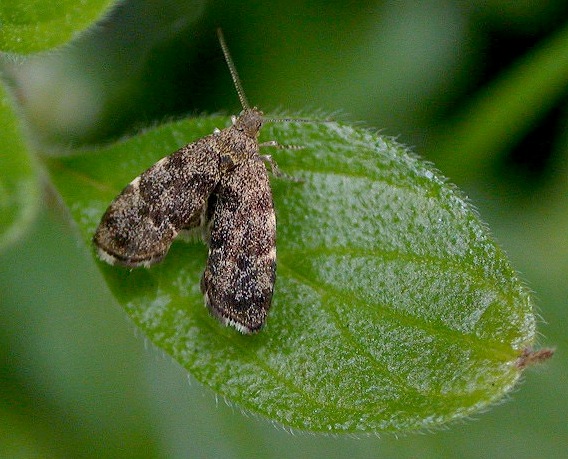 Corizus hyoscyami, Lihou Headland - not a moth but a nice distinctive bug

nonsense : Again, I have been doing a bit of cake decoration - I think I may become professional. 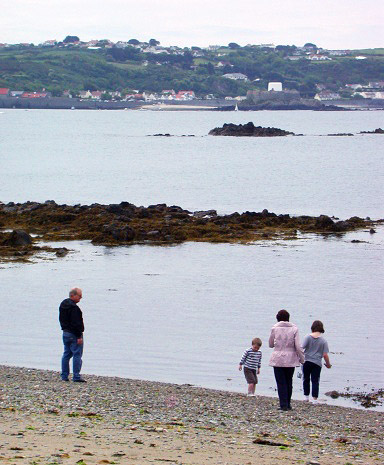 Mum & Dad on the beach with the kids

birds : It feels like the migration season has ended now, with just the odd bird trickling through, and the breeding season has sprung into life with baby Stonechats, Starlings and Shelducks appearing all around. So apart from the odd summer-time rarity, that's probably it until the autumn birdwise. The best sighting of the week for me was watching a Hobby soaring over the Petites Vallees on Tuesday lunchtime. 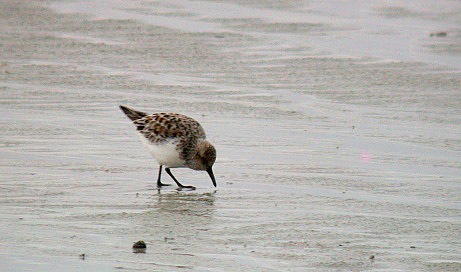 moths : The first Silver Y moths were noted this week on a couple of headlands, so I must get the trap out soon. The weather has been pretty hot this week so insects has emerged in force and I took a few photos of some bugs.The identification of these below may not be certain.

nonsense : Earlier in the week I watched the terrific finale of the TV series LOST. It was a great ending to a great show which I have spent 120 hours watching over the last few years. I think that the writers could have made the ending a little more explicit as I had to watch it a couple of times to know what the hell was going on. Also there were various mysteries in the series that were never answered but perhaps it was meant to be that way. It was satisfying that the whole series ended in exactly the same way as it started, with Jack lying in the bamboo forest and Vincent the dog finding him. 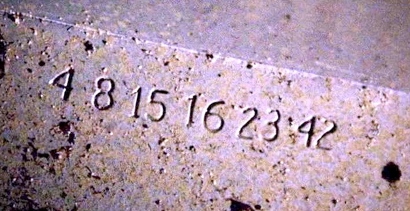 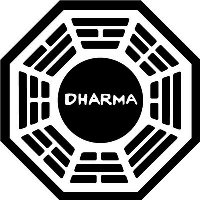 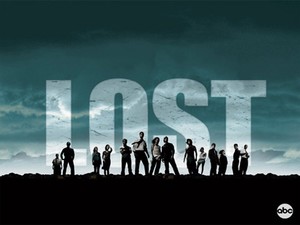 birds : Perhaps the adrenaline of the Bee-eater blew a few of my brain cells as I felt pretty rotten over the weekend and barely left the house, especially as Rosie was working. So I didn't go for the Nightingale that was singing at Pleinmont, despite needing for Guernsey. I did pop into the Talbot this morning briefly to look for Golden Oriole but there was no sign. So no birds of note, but here's another photo from last weekend.

moths : I also didn't get the trap out despite the improvement in temperatures, but I did have a new Lep species for the garden when a Small Copper landed briefly on the grass. I have noticed in the last few days that there seems to be a heck of a lot of small moths around and insects in general as I walk around the island. Perhaps the very dry Spring has meant a bumper crop. Today I called in at Pulias on the way home and was very pleased to spot a Thrift Clearwing. These tiny day-flying species are not too uncommon in the right places places but very difficult to see.

nonsense : Rosie got quite a shock yesterday when she went to pick up a flower pot and this beast slid out! 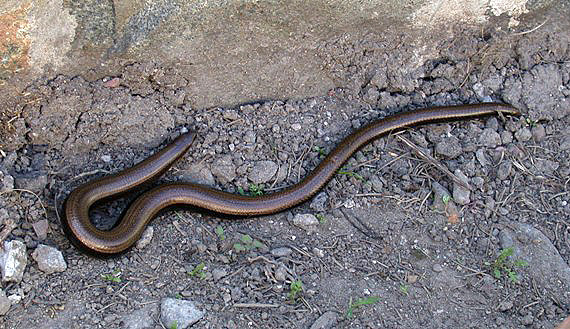 This Slow worm lives under the decking and we see it from time to time - although we presume it's the same one, I have no idea of the habits of Slow worms, and perhaps we are seeing different ones eachtime. 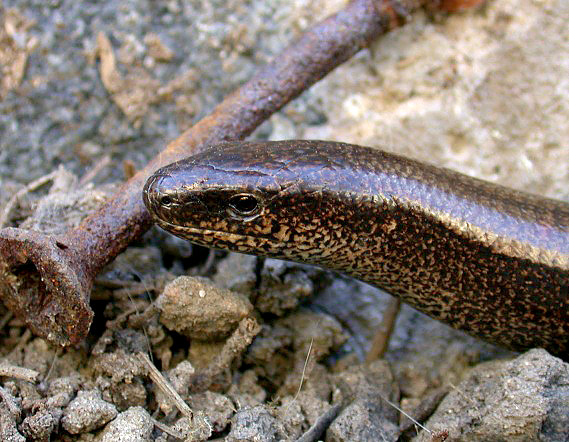 This weekend I finished reading a book about the "rediscovery" of the Ivory-billed Woodpecker in America. Just from reading that book you would think that it was cut and dry, and would have no idea that at the moment there is controversy whether the species has been refound or not. I think that the IBWO "searchers" (as they seem to call themselves) really shot themselves in the foot when they released the famous "Luneau" video which was supposed to be conclusive proof that the species exists. Even with my limited experience of large North American woodpeckers, it seems so so unlikely that the video shows an Ivory-bill - there is just not enough white on the bird. There are pages and pages of analysis on the internet of this video, but it is pointless analysing such a crappy quality film - some of the 'best' frames are shown below! See movie at this site.

Look! It's an extinct bird!!

I'm not saying it doesn't exist - and there are actually more promising videos around of different sightings -, its just that if the AOU and Cornell  and the searchers etc really believe that this fuzzy blur proves it's existance, then its difficult to believe anything they say on the subject. It's worth noting that practically all sightings have been from Ornithologists, Conservationists or 'Woodsmen' rather than proper 'Birders' - there's no way this record would have got past the BBRC (......mind you. the "Slender-billed" Curlew did...........).

Speaking of which, there was a good Radio 4 program on the "10 Rare Men" of the BBRC - listen on the iPlayer - programme was on Saturday.

birds : An unexpectedly exciting evening today. I had just pulled into the drive after collecting Abigail from Brownies and was just getting out of the car when I noticed a bird swoop in from behind the line of trees behind the house. It was immediately familiar, with its starling-like shape and triangular wings, flying very athletically and gracefully. It swooped in again and I was sure it was a Bee-eater, but it wasn't close enough to be certain. So I ran inside and grabbed my bins. I picked it up again just as it was landing on the highest twig of a nearby tree. The sun was shining, so its bright yellow throat stood out and its black bandit mask contrasted against this.

Bee-eater - not the best drawing, but this is how I first saw it through the bins

I then tried to shout to Abigail to get my camera as I tried to get the scope out of the car. Whilst doing this, the Bee-eater had been replaced by a Magpie, which had no doubt chased it off. Despite almost an hour of searching I never saw it again. This is the first Bee-eater I have seen for ages and ages and I've never seen one in Guernsey or even the UK. I've always dreamed of finding a Bee-eater but this cake didn't quite get any icing on it, as my views were far too brief. 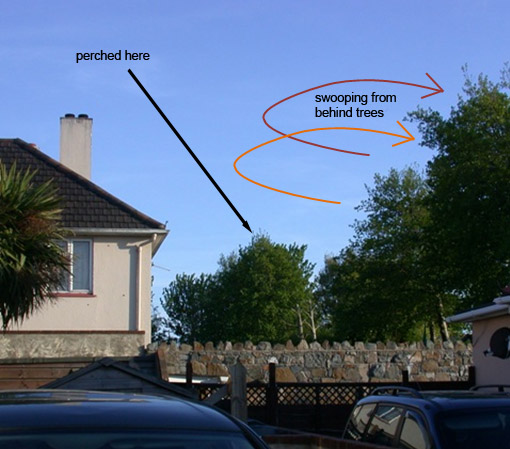 Earlier in the day I went to check on the Great Spotted Woodpecker nest site in my lunch hour. After a short while of waiting I heard a bird fly in and a male bird shot into the hole. It kept sticking its head out but I felt that it was aware of my presence and it was reluctant to leave. So after 20 mins I moved away so that it could go about its business in peace. This is only the second pair of Great Spots that have been discovered in Guernsey after last year's first pair. 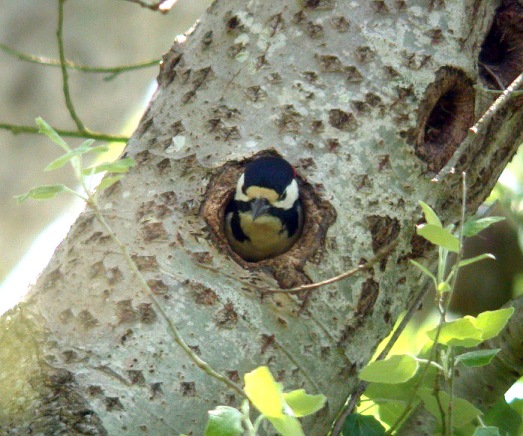 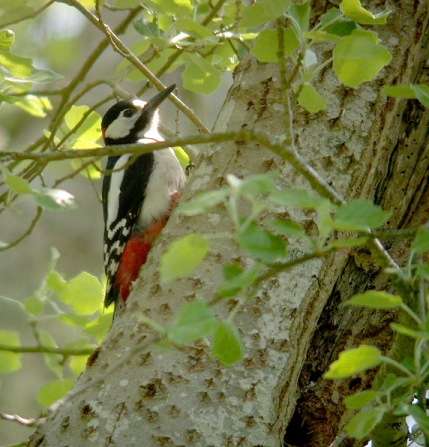 moths : Called in at Rousse where there lots of small moths flying in the coastal grass, mostly Dichrorampha acuminatana, but also a few of Yellow Belle, Elachista argentella, Homoeosoma sinuella. Also at Fort Hommet there were a few Esperia sulphurella flying together. 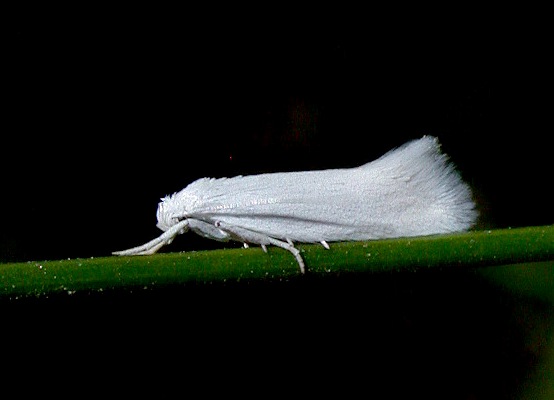 Elachista argentella - the common, tiny, white micro moth that is found mainly in the coastal grass

birds : Nothing much to report, despite the conditions this morning that looked pretty good for migrants, I only had a single Yellow Wagtail at Fort Hommet and even less on Lihou Headland. Below are some nice photos of a Stonechat that I've got round to processing from the weekend. At this time of year the plumage of Stonechat gets very dark, and the brown back feathers are overlayed by black, creating an appealing burgandy colouration.

the strange stance of this second bird was because it was watching a GBB Gull overhead.

nonsense : I was reading on the internet the other day about mathematical probability (as I'm sure everyone does on a regular basis) and came across something which I found pretty amazing called the "Birthday Paradox". I'm sure it's a well-known problem amongst mathematicians, but it asks "how many people need to be in a room before, more often than not, two of them have the same birthday?" Instinctively we think that it must be quite a high number as there is 365 days in a year and each persons birthday is only 1 in 365, but the actual answer is just 23 !

When you first hear this figure you think that it can't be right, it can't be so low surely. So I checked the registers of the first 8 form groups in our school, since pupils in a form are not at all chosen by birthday so it is quite (but not perfectly) random. There are between 22 and 27 pupils in these forms so according to the birthday paradox, four of these forms should have a pair of pupils with the same birthday. In fact 5 out of 8 classes had a birthday match - so it works!

The mathematics of this are actually quite complex but it can easily be proved to be true. To simplify a lot, if you meet someone in the street there is 1 in 365 chance they have the same birthday, very low. But if you consider this problem as comparing pairs of people, in a room of 23, there are actually 253 pairs. This is well over half of 365, so there is a reasonable chance that there will be a match in these pairs. Of course this is not a true paradox but an "intuitive" paradox, because it is so unexpected that the answer is so low.

My favourite paradox is what will happen when Pinnochio says "my nose will grow now!"?