The two weeks since the last entry have been dark, dark, dark. Not only are the days so short at the moment but the weather has made them dank and dingy also. Just two of my available lunch hours have been dry enough to get out birding and the highlight was the three Firecrests and a Siskin in the willows behind the St. Pierre Park Hotel. I also noticed walking around the grounds of this hotel that there were lots and lots of different types of fungi. I don't know if this large variety is because of the "artificiality" of the grounds, or just because they are easier to spot in these 'tidy' areas compared to the more wild places. I took lots of photos of these but again, the identification of most of them felt pretty impossible looking through my book. 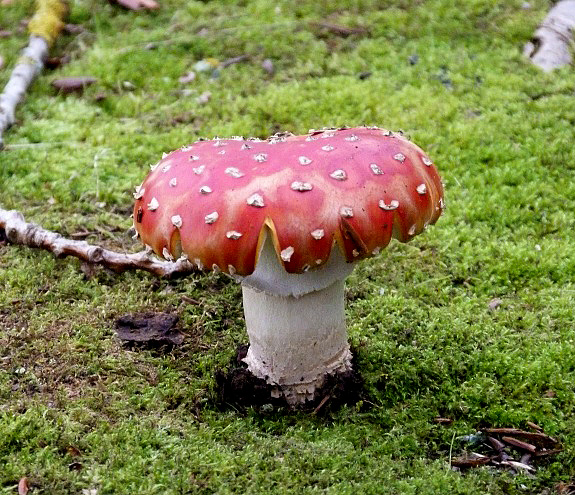 Brown Puffball - (probably, ID based on its lack of a 'stalk') 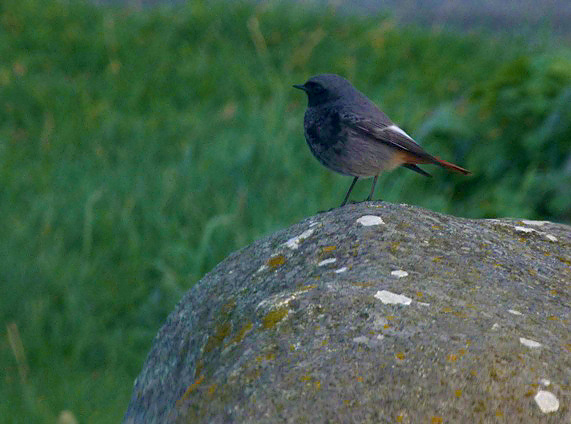 Of course, the most exciting news of recent days was that I scored a goal! My first goal for more or less 2 seasons and here is the proof.

Unfortunately the TV cameras were not there yesterday to capture this amazing event, but I have written down a transcript of the Sky Sports "Soccer Saturday" live report on the game:

Jeff Stelling : "We now go over to Kammy, where there has been some excitement at Delancey Park. What's going on Chris?"

Chris Kamara : "Unbelieveable Jeff!! With just a few minutes to go, the Police have just slammed home a terrific equalizer to bring the game to 3-all. The boys in blue won a free kick near the right touch line and the team all piled into the box. The ball was swung over and yer man Le Cras rose highest and got his head to the ball first. The ball dropped almost onto the penalty spot, right to the feet of handsome left-back Lawlor, who'd managed to sneak into the box unnoticed. Back to goal, he span on a sixpence and, before the ball hit the ground, he struck the sweetest left-foot volley you're ever likely to see. Straight between the goalie's legs, he stood no chance. Pop, Bang, Lovely!"

Jeff Stelling : "Sounds exciting Kammy. I've heard about a possible international call-up for this young Yorkshireman. Any truth in these rumours?"

Chris Kamara : "Certainly Jeff. In fact, over on the park bench to my left, two Italians are watching the game closely - Fabio Capello and Giovanni Trapattoni. Looks like we may be seeing Lawlor playing either in white or green in next year's Euro's."

Also, the next Gyr Crakes video/song is out. Click picture below to watch it.