On Monday I had a fabulous seawatch from Jaonneuse. In a couple of hours I saw a Sooty Shearwater, about 5 Bonxies, an Arctic Skua, a handful of Manx Shearwaters, a few terns and a young Peregrine chasing things way out over the sea. You may say that this does not sound like a fabulous seawatch - just a few species, and mostly way off too - but it really was. As a birder who tends to go birding alone, it is a treat to be able to sit back occasionally with a few other guys and just chat about birds for a while. I could have seen no birds at all and would have still enjoyed it - thanks fellas (although you do remind me every time we seawatch that I missed the Tropicbird. . . .) 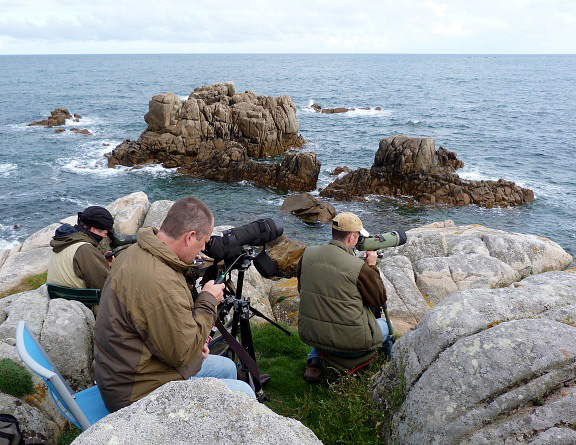 Less fun though in the afternoon, when I sped over to Pleinmont to look for a Barred Warbler that had been sighted. An hour and a half of searching failed to relocate it, even though I had a brief possible when a greyish rear end dived into the brambles. There was rather a nice young Redstart there however which cheered me up.

A few days previous me and Abigail did some more rockpooling down by Lihou causeway with James and Duncan. We found lots more interesting stuff there - at least 4 species of crab, a Worm Pipefish, a Common Brittlestar, plus other unnamed beasties. The most interesting was something I didn't realise occurred in the UK - a Sea-spider.

I think I have worked out the mystery plume moth that I caught a week or so ago:

And finally, we had a cracking sunset one evening last week: 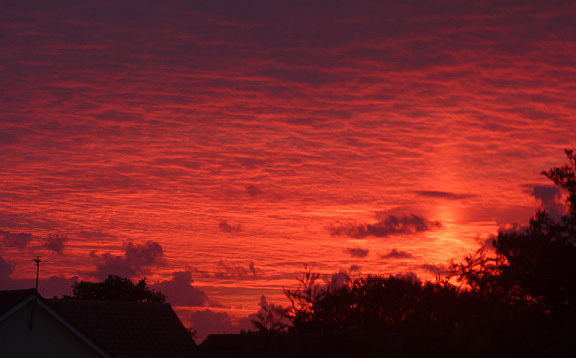 The holidays are flying by, a lot faster than usual. My sister and family have now come for a visit so we are still busy, busy, busy. I had a lot of 'paperwork' I wanted to get done in the break from work but it's not happening! Bird highlight this week was a Tree Pipit going over the house early Sunday morning whilst I was emptying the moth trap.

I have had plenty of excellent moths this week, including a new species for the garden on Saturday night - Pyrausta cingulata - which, not only is a great-looking species but is officially my 700th species of lepidoptera that I have identified in Guernsey. Quite a milestone.

Pyrausta cingulata - garden, 20 Aug 11 - This is an uncommon and very local species in the UK, and with the easterly winds at the time, may have been blown in from France.

Gypsy Moth - garden, 20 Aug 11 - I get a few of these every year and it probably breeds here uncommonly. One of my favourite species, especially when looking at it from the angle shown below.

Orange Swift - garden, 17 Aug 11 - first in the garden for five years. Also shown below with its devil-horns.

When the family come to visit they always stay by Port Soif and so we often spend a few evenings on the beach where we go rockpooling. I am not very good at finding things but my brother-in-law is a Rockpool Ninja and finds lots of interesting stuff. We found a Butterfish and a Broad-clawed Porcelain Crab that I have never seen before, but it is very difficult to identify things that you find.

Aidan doing some "extreme" rockpooling at Port Soif - there was a young Shag feeding in these shallows and it was coming within a couple of yards of him (I deleted photos of this - doh').

The family on the beach. Evenings such as this remind me that it was an excellent decision to move to Guernsey rather than stay in Leeds.

Another quiet week wildlife-wise as I am still mainly looking after the family - (hence the redesign of the website and the addition of the 'Gyr Crakes' section - click the link in the nav bar above to view).

Last night there was some drizzly rain and some easterly in the breeze and I thought there was a chance of a scarce migrant or something rarer. So I had a couple of hours time out at Fort Doyle/Fort le Marchant this morning. Unfortunately there was not a mass of migrants about but I had a pleasant walk nevertheless (and ticked Nettle-leaved Goosefoot). The highlight was a Hobby that motored in from the north, in off the sea and carried on south. It had probably left Portland or Start Point at dawn.

Willow Warbler - Fort le Marchant, 17 Aug 2011 - these bright autumn Willow Warblers are just splendid and one of my favourites.

The above Willow Warbler was found in the small 'valley' just to the East of Fort le Marchant approach road. It is a clearer area amongst the extensive gorse, with a few small willow trees and a little marsh. It is one spot that I have identified as a 'migrant trap'. These are small areas that always seem to have concentrations of migrants - today, all but two migrants warblers I saw were in these few trees. They are spots which are usually sheltered and often with slightly different habitat than the surrounding area which is more attractive to migrants. The kind of place to check early morning as birds will probably move on quickly. I have not found anything mega there - the best I think is a Wryneck - but I wish I had the chance to check it daily in migration season.

In the afternoon I managed an hours walk around Pleinmont but migrants were few. There were still a few Swifts feeding around the cliffs before they made their journey south.

Despite my lack of birding, I have managed two World ticks this week. Apparently the AOU have done some splitting and the American race of Kentish Plover and Moorhen have been split as two new separate species - Snowy Plover and Common Gallinule (?). I have seen these birds years ago on our family holidays to California and Florida respectively.

Still looking after the children and now also my wife who has returned from hospital after an operation. I've been out on a few walks with the kids and noted that it has suddenly felt much more autumnal. Swallows were passing Bordeaux regularly yesterday, heading south, where I also disturbed a Vestal moth from the vegetation. My first Common Darters and Migrant Hawkers have been noted also. So pretty quiet here at the moment due to my enforced inactivity, and probably will be the same for a wee while. 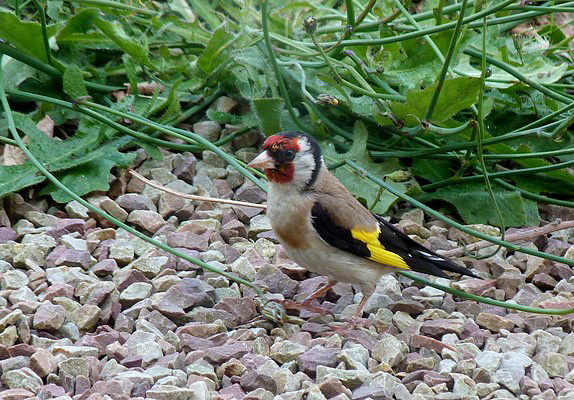 Great Dart - garden, 9 Aug 11 - a speciality of the Channel Islands

Icneumonid wasp sp. - garden,10 Aug 11 - these large wasps are common in the garden, and are often in the moth trap. This one was resting on the shed and lowered its rear end over its head at right angles to the shed.

Stigmella speciosa larva - Vale Pond - Aug 11 - I went back to the tree where I found the vacated mines last week, and managed to find one with the larva still inside. So this becomes number 699 for my Guernsey lepidoptera list - what will be number 700?

This week I have been mostly looking after the children by myself, so little in the way of birds has been seen. I have still been able to catch moths however and last weekend I caught another mega! I thought I had a second Chocolate-tip perched on the wall above the trap, but it looked slightly different and indeed was the first definite Guernsey record of Scarce Chocolate-tip. This is very rare in the UK, but does occur on Alderney and Jersey looking at the records.

Also this week we had what I consider to be one of the most exciting events of the year - the emergence of hundreds of winged ants from the main ant-nest in our garden. I always find this exceedingly exciting. It is not something I ever saw when I was younger - maybe the northern ant species don't do this. It's always on a warm, muggy evening when they come out, and to see streams upon streams pouring out of the holes and climbing to a high spot to take flight is superb.

I really should read up what exactly is going on. There seems to be three different types: small yellowish ants buzzing around; very large, darker beasts powering up to the launchpads; and smaller, blackish, winged ants in amongst these.