Happy New Year folks! I have taken a break from updating this diary over the Christmas and New Year period. Mainly because the year ended with rather a whimper bird-wise, but also because I have been working on some other future projects during the free time I have had. The first part of the Christmas holidays was very dreary and Santa must've found it very difficult finding a few clear windows for his deliveries.

Christmas Eve, leaving the necessary nourishment for Santa and the reindeer. I have it on good authority that he enjoyed his Raspberry milk-shake and Wagon Wheel - traditional Christmas fair for the big man.

So there were no good birds around during the holidays - I had a couple of searches but it was all very predictable everywhere. At the end of last year there was all sorts happening, with Cattle Egret, Waxwings and Long-tailed Duck all turning up within a few days - but the end of 2011 was a disappointment.

So hopefully 2012 will start a bit better and during the last week or so there has been more interest. The first bird on the year-list was a Mallard quacking at 2am as I strolled home in the rain from a New Years Eve party where, incidentally, people were certainly not following the firework code since a rocket whizzed past my ear and hit the wall behind me! [Remember kids, alcohol and fireworks should never go together].

It wasn't until I had been back at work a few days that the first good birds turned up, with both Iceland and Glaucous Gull appearing on the same day on Friday. I couldn't find them after school but there were 2 Great Northern Divers and a Slavonian Grebe in Grandes Havres that evening. I went out for another search on Saturday morning and the Iceland Gull was resting on rocks at Chouet, then I discovered the Glaucous Gull briefly feeding on the nearby tip a few minutes later - easy-peasy! I also saw the latter this afternoon swimming by itself in the middle of Grandes Havres. There is a good chance of us getting a few more white-wingers judging from the influx that has happened up North. 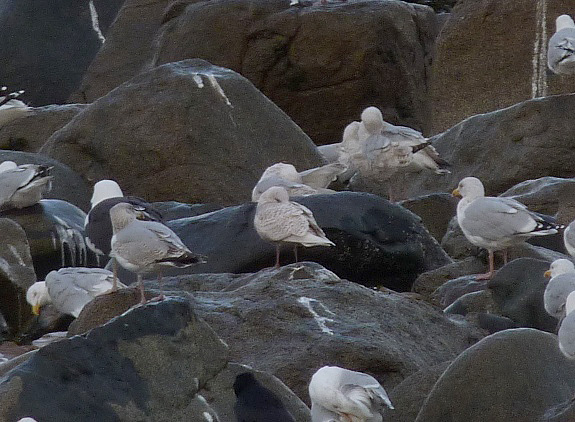 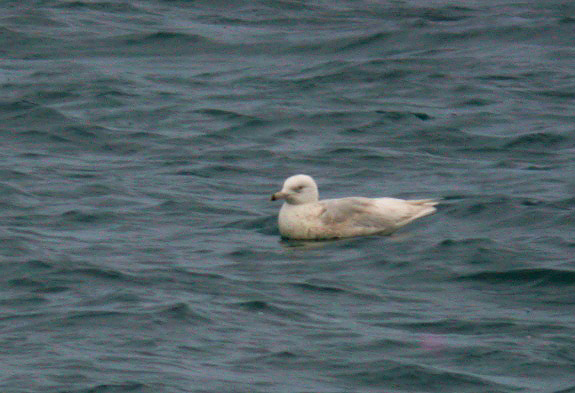 On Wednesday, as I drove home from work past Cobo, I could see a few GBB Gulls clustering together on the beach, pecking at something. There appeared to be some kind of creature on the waterline and scanning from the roadside, I could see it was a dolphin. I parked up and ran down the shore just in case it was still alive, but alas it was well dead and had just been washed up by the tide.

One thing that I did spend along time doing during the holidays was practicing with my new drawing tablet. I made the two pictures below with it. Sir Lala is my 'tag' for an online game that me and some of the guys play against each other - so this is a self-portrait as the brave knight Sir Lala! The other one is my mate "Disco Dave" re-living his youth as a monk.