Well, there has been somewhat of an improvement this week. We totally missed out on any snow at all here on the island - in fact, we had a light frost on just two nights altogether. However, the snow in the UK clearly pushed a few birds further south across the Channel. On Monday lunchtime, I went for a drive round some lanes above the Talbot and bumped into a group of 4 Reed Buntings feeding in a paddock. This does not sound very interesting, but this is the largest flock of Reed Bunts I have ever seen in Guernsey. Also in the skies above a group of 8 Buzzards were circling - a very good count for mid-winter. 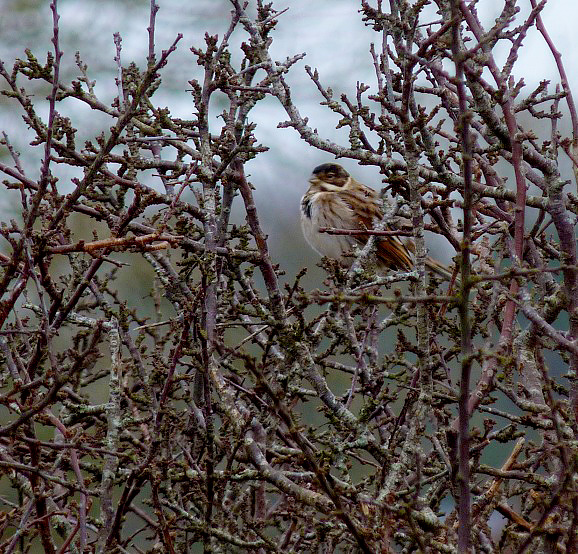 On Wednesday there were at least 5 male Goosanders feeding off the Shingle Bank opposite La Claire Mare. There has been quite a lot of these moving through the UK apparently, as well as a few Smew, so there's a chance of getting one of those here too which would be a Guernsey mega. I just missed out on seeing the Bittern at the Mare but the female Pochard was there.

Other interesting sightings have included the Glaucous Gull again at the end of January, a Common Gull at Cobo on Thursday, and a male Bullfinch seen from the front window last weekend - the first house record since our first week here in Dec 2003. Also, a week or so ago, a Woodcock flew across the road early morning on the way to work - something that has never happened before. Apparently Woodcocks are really quite common in the valleys here in wintertime, but I only ever see one or two a year. The rarest personal sighting has to be the two Mottled Umbers that I saw withing a week under the lights at the school entrance - only my second and third records. So nothing majorly exciting, but starting to tick over a bit, and giving me more enthusiasm to get out an about over half-term. 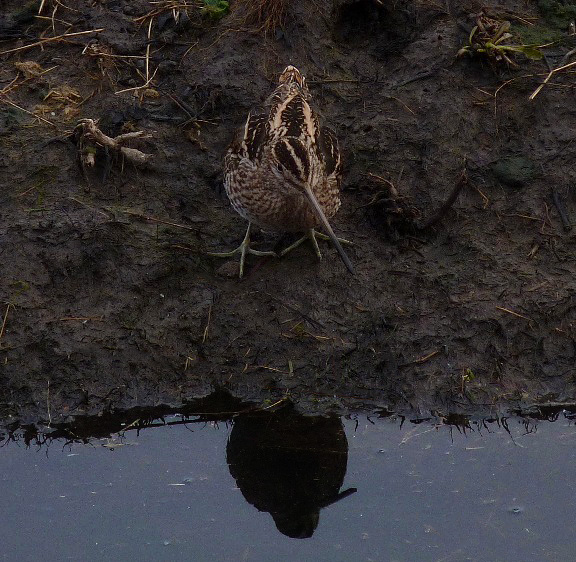 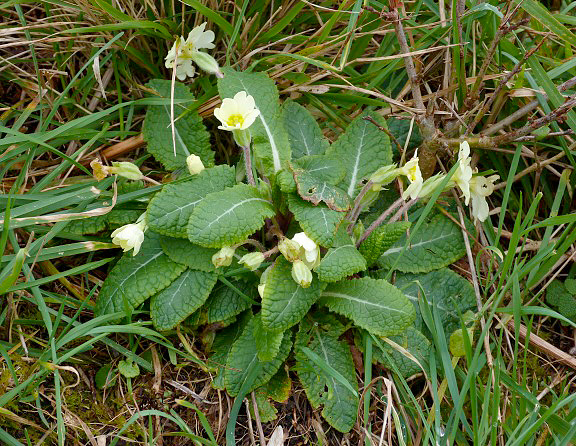 To anyone interested in wildlife - especially photographers - a website I would recommend is iSpot. The idea is that you send in photos that they have taken and other, more expert, people will offer identifications for you. I have tried this a few times and it has worked pretty well so far. It is impossible to be able to identify everything you see yourself due to lack of time and literature, so having a bank of experts available to ID things for you is great. For example I sent in the photo below of a weevil that was in the garden a couple of years back and within a couple of hours the ID was sent in. All these identifications will then be used to more accurately map the distribution of species across the UK. It is easy to register and I would suggest you give it a go (click HERE).