birds : Here on Guernsey, we do not get many large concentrations of birds. Wader flocks seldom get into triple-figures and duck counts are pitiful. What we do get though is plenty of gulls, and when the flying ants decide to break out of their nests, the high-flying feeding flocks can be spectacular. This evening was such an occasion, with thousands of gulls wheeling over the house. 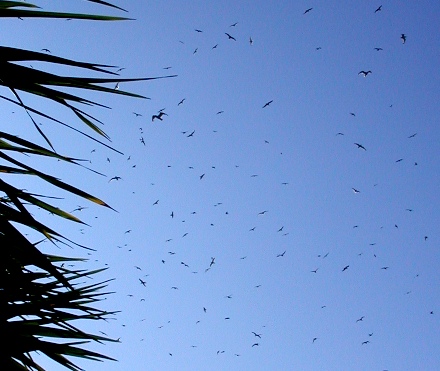 There seemed to be a few more smaller gulls in this flock than is usual and so I thought I'd look for Med Gull amongst them, a species I should have seen from the garden before now. Pretty soon I saw a first-year Med, then a second-year and then an adult - result! There was probably a further first year bird but it was difficult to be sure. 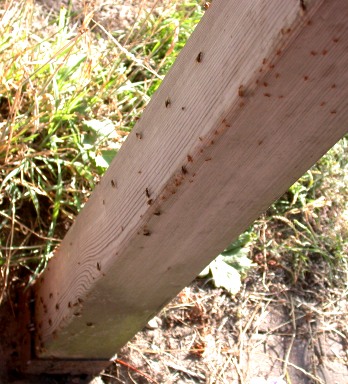 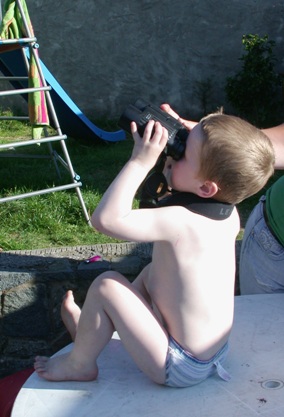 nonsense : I hate cats. Their only purpose is to be pets for people who are too lazy to get proper pets. Which other pets are allowed to just wander wherever they want, murdering wild animals at will? If dogs are seen attacking ducks at a park then the owners will have the law onto them, yet cat owner's animals can kill bird after bird after bird. We have 4 cats as neighbours and they feel my wrath every time i catch them in our garden. People say 'they're just following their natural instincts' - well my natural instincts are to put my size 11's through their tiny brains!

Anyway, at lunchtime today there were two of the feline gits sniffing around the garden cuttings by the driveway gate. I "shooed" them off then they were back again a few minutes later. As I went over for the second time, a shrew scurried out from under the gate and into our back garden. I quickly caught it in a bucket, saving it from the evil cats. The shrews we have here are Greater White-toothed Shrews so I'm told, which also live on Alderney and Herm, but bizarrely, Sark and Jersey have a different species, the Lesser W-t Shrew, which also occurs on Scilly. It was good to see it at such close quarters and I released it in the grass over the road. Haha! Me 1, Cats 0. 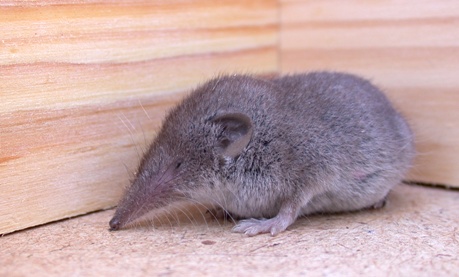