As we are taking 30 pupils on a trip to Iceland in October, the tour company involved put on a complimentary, three-day teacher's inspection trip to check-out the suitability of the locations - and I was extremely fortunate to be able to go! I was very excited about the prospect - the furthest I had travelled this century was to Aberdeen, and so was well overdue a visit to a new country. Although I did not expect to do any real birding, since this was a Geography-based trip to see plate tectonics in action, I was confident that we would be in the countryside a lot and I would see a few interesting species. The only new species possible was Gyr Falcon, but I thought this was a long shot. My other target was to see a drake Harlequin, since I had only seen a few grotty brown jobs before, many years ago in Canada. But to be honest, if you get a trip for free, you are happy enough with whatever you see. 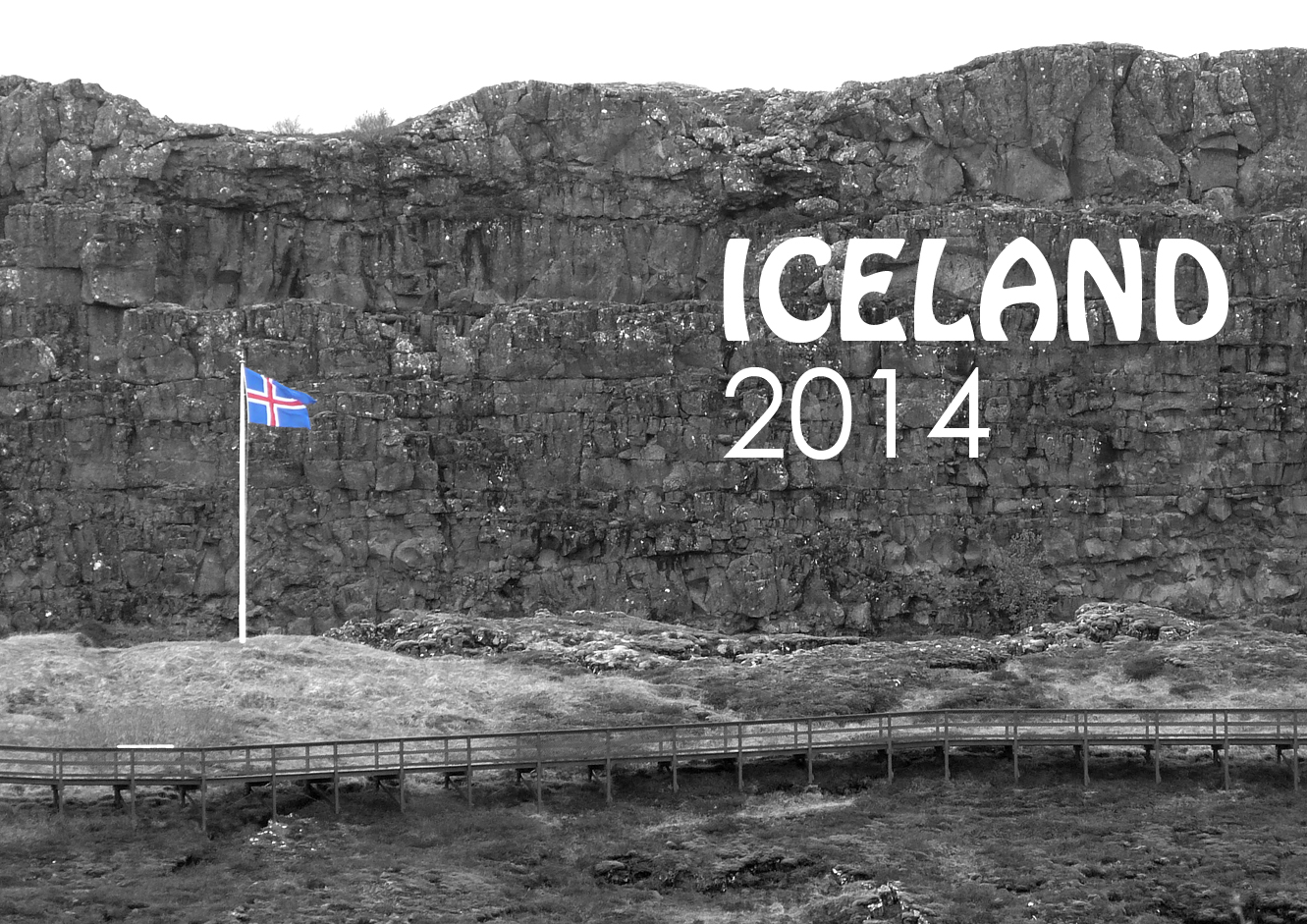 The flight to Iceland was from Heathrow, which meant that I needed to set off the afternoon before, otherwise I would have not made it from Gatwick in time. So, a coach journey later, plus another short airport-bus trip, brought me to my hotel for the night near Heathrow. Walking out to buy a snack it tickled me to watch a few Ring-necked Parakeets flying around these suburbs. The next morning I had a hearty breakfast in the terminal and waited for check-in. I was planning to spend zero money in Iceland since meals were included, and so I decided not to buy any Icelandic Krona. It was a bit of a gamble, but I had packed a packet of Mars Bars in case of hunger emergencies. I met up with the tour leader and the teachers from other schools, and we were soon winging our way North.

Arriving at Keflavik Airport I soon saw what the weather forecast had indeed forecasted - miserable rain. It was a really bleak sight from the coach, staring out over drizzle-soaked lava fields. This corner of Iceland was very new, and there was little soil or plants visible, just moss-covered, jagged boulders. It wasn't long before we pulled into the "Blue Lagoon" car park. This was an open-air geothermal pool that they had made into a swimming baths-type place. So, with my bathers packed into my hand luggage, I reluctantly went inside (swimming and all it entails generally displeases me). Stepping outside into the cold rain in my trunks was the opposite of pleasant and I made a dash for the water and....ahhhhhhh. 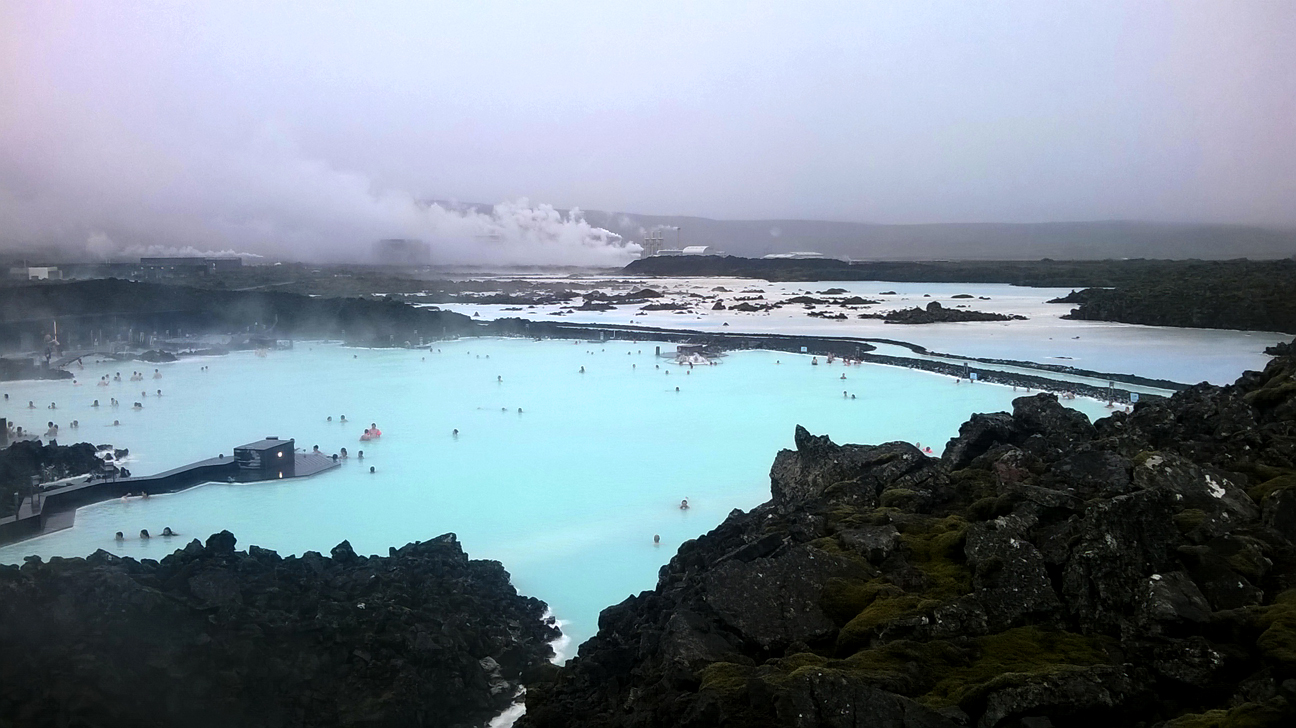 The most pleasurable swimming experience I can remember. Without the distressing coldness of the sea, but also without the bleach, verrucas and elastoplasts of Kippax Baths. I thoroughly recommend it, although it tastes very very bad! Whilst swimming around I noticed a small bird flitting around the rocks, and through the steam, I could just make out the white wing flashes of a Snow Bunting. Back outside the entrance, I could hear it singing through the now persistent rain - the first bird of the trip! I thought this species may be common here but this was the only one I would see. 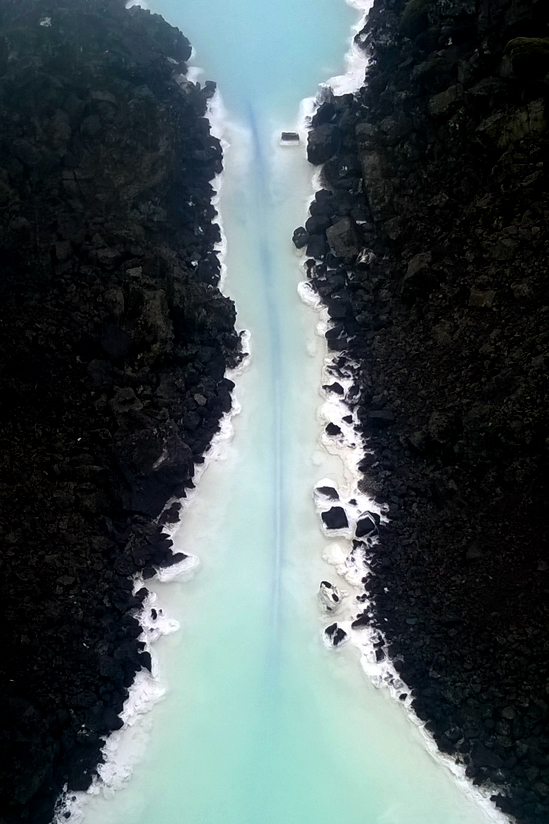 Lava, salt and hot water at the Blue Lagoon

Afterwards we headed to the hotel in the town of Hafnarfjordur, on the southern outskirts of Reykjavik, where we dropped off our bags and took a drive out to a fishing village on a peninsula at Hlid. At last, with the rain slowing down and driving  close to the coastline I finally saw some birds from the coach window. There were lots of flocks of Pale-bellied Brent Geese in all the fields around here, staging on their way to their breeding grounds further north still. The shoreline was dotted with Eider and the odd flock of bright red Knot. Arctic Terns bounced around all over the place and two different Glaucous Gulls flew by offshore. The only passerines were a few Wheatear and Starlings. I was desperate to spend more time looking but, as would be the case at most of the stops, we were quickly ushered back to the coach. 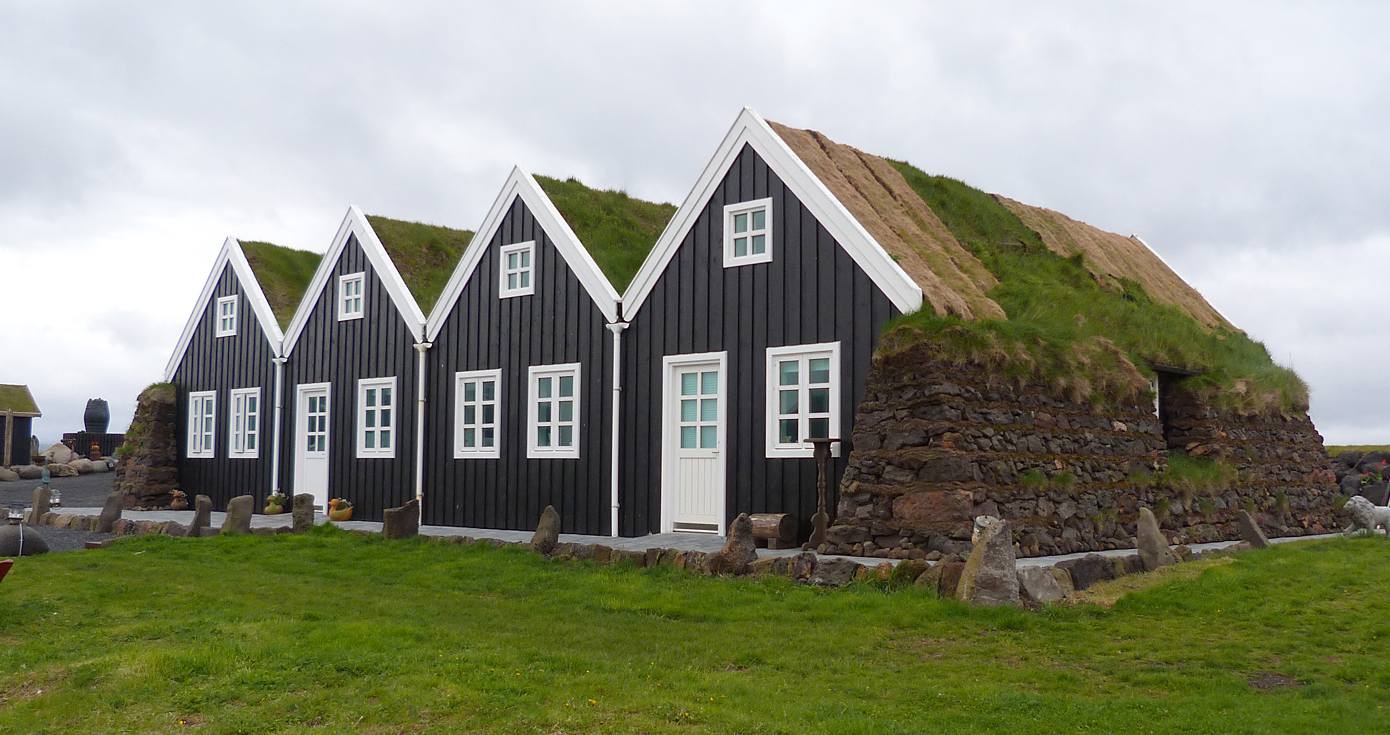 We had a meal at the Viking restaurant at the Viking hotel in the Viking village, where we were entertained by a singing Viking (although I'm pretty sure he wasn't a genuine Viking). I crashed out at the hotel an hour or so later (perculiarly narrow beds for such a broad-shouldered nation). I was disappointed by the weather so far and hoped for better luck tomorrow when we were to head inland.