I woke up slightly confused and with a splendid headache, and saw that it was only 4:45. Peering outside, I was pleased that it was not raining, although it was dark and cloudy and looked like it was about to. Breakfast didn't start until seven and I was not going to just hang around in the room until then, especially as I was sharing with some other guy. So I wrapped up and headed out for a walk from the hotel. It was a bit chilly this early in the morning and there was an annoying wind but I was pleased to be out and about. I followed my nose and found a road out of town. Along many of the roadsides in Iceland, Nootka Lupin grows in abundance, which is apparently introduced from Alaska to help stabilise the volcanic ash flows. 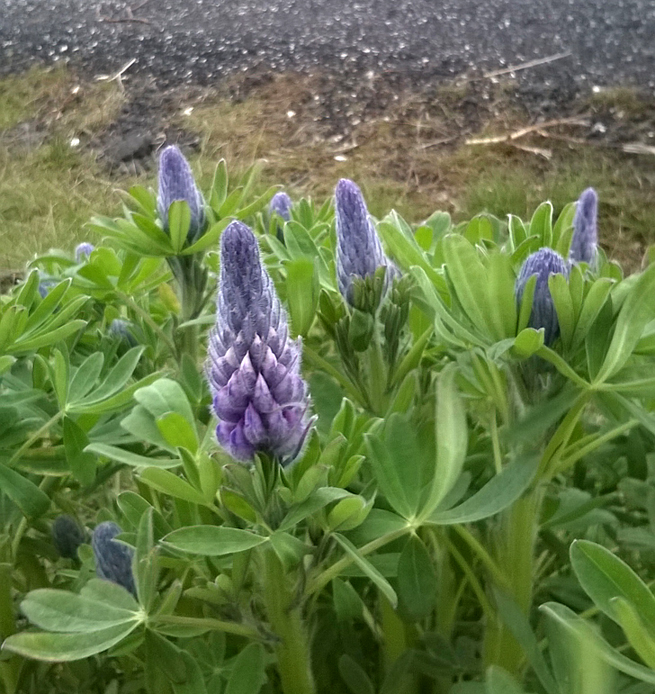 Passing a small stand of birch trees I saw a couple of Icelandic Redpoll flying around the tree tops. I was interested in seeing what this sub-species looked like, but despite noting them at a few sites on the trip, they were only ever seen in flight. This may have been a good thing, as redpoll taxonomy can drive a man to madness. Striding out towards the coast it was clear that, whereas at home, the passerines are the 'everyday' birds, here in Iceland it is the waders that are everywhere. Just beyond the houses, in the rocky areas by the roadside, there were lots of Golden Plovers, Redshank, Whimbrel, Oystercatcher and Snipe. I suppose they are ubiquitous due to the lack of predators. 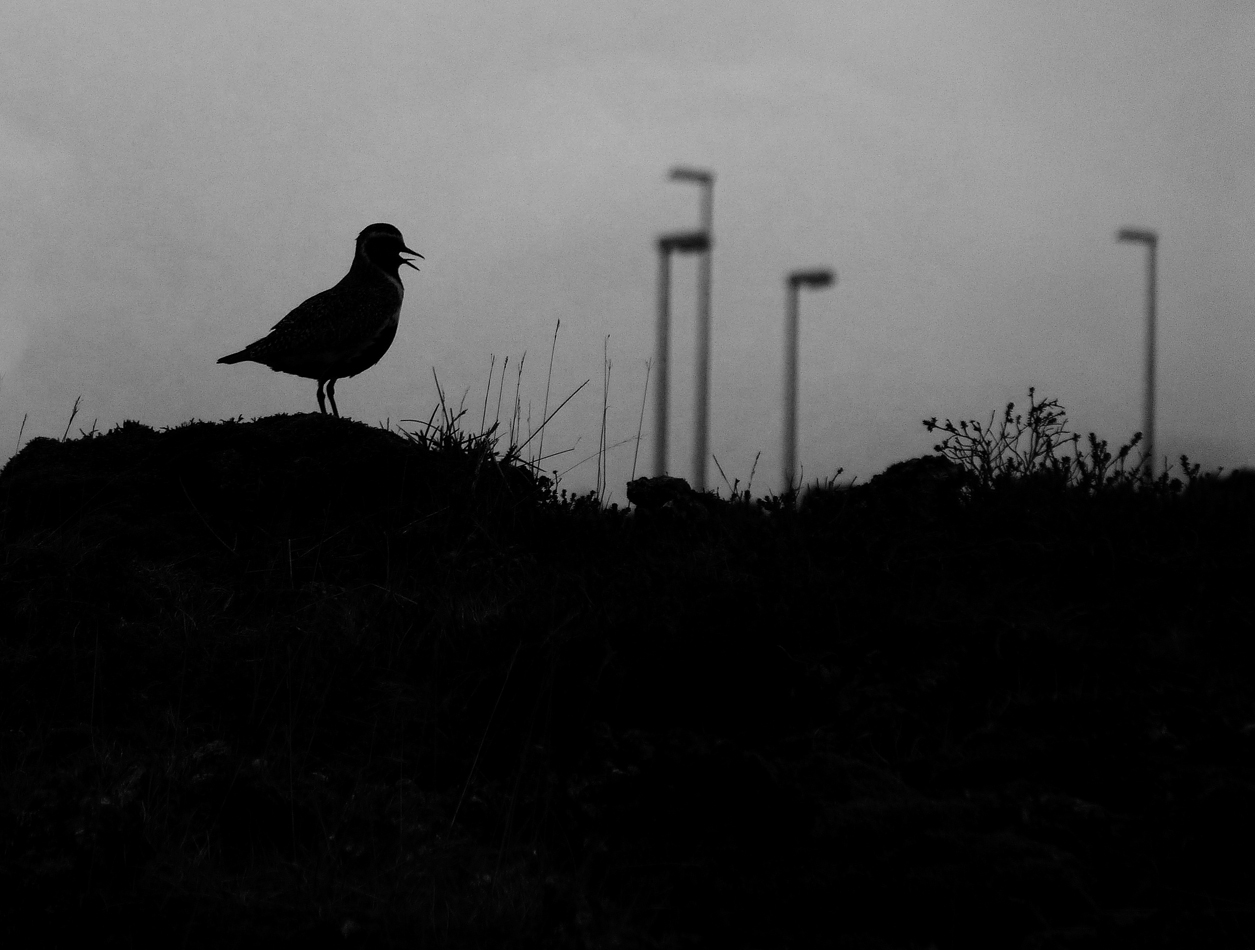 I arrived at a bay with some decent shoreline, where there was even more waders including Turnstone, Ringed Plover and c.40 fine breeding-plumaged Knot. There were also numerous wildfowl, with plenty of Pale-bellied Brent Geese feeding on the short grass, along with a few Greylag Geese which appeared to be nesting amongst the rocks. The first Whooper Swan seen was asleep by a pool and there were up to 5 Red-breasted Mergansers amongst the Eider. There was a lot of Lesser Black-backed Gulls present plus a single subadult Glaucous Gull loafing offshore. It was a superb place to spend a relaxing hour's birding so I was glad I woke up so early. 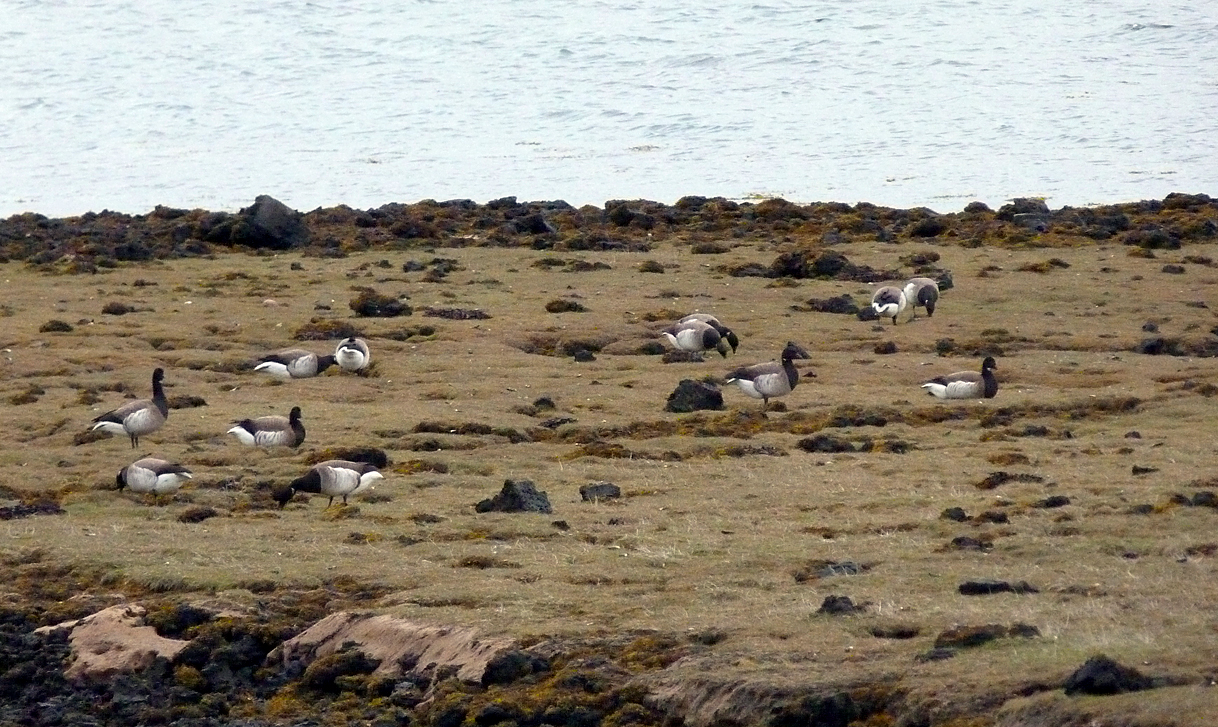 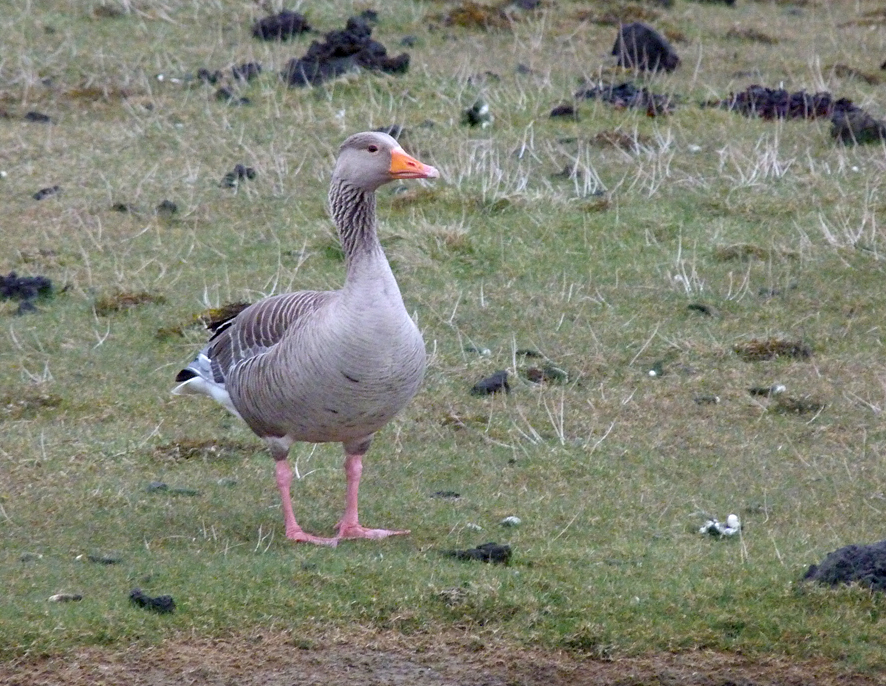 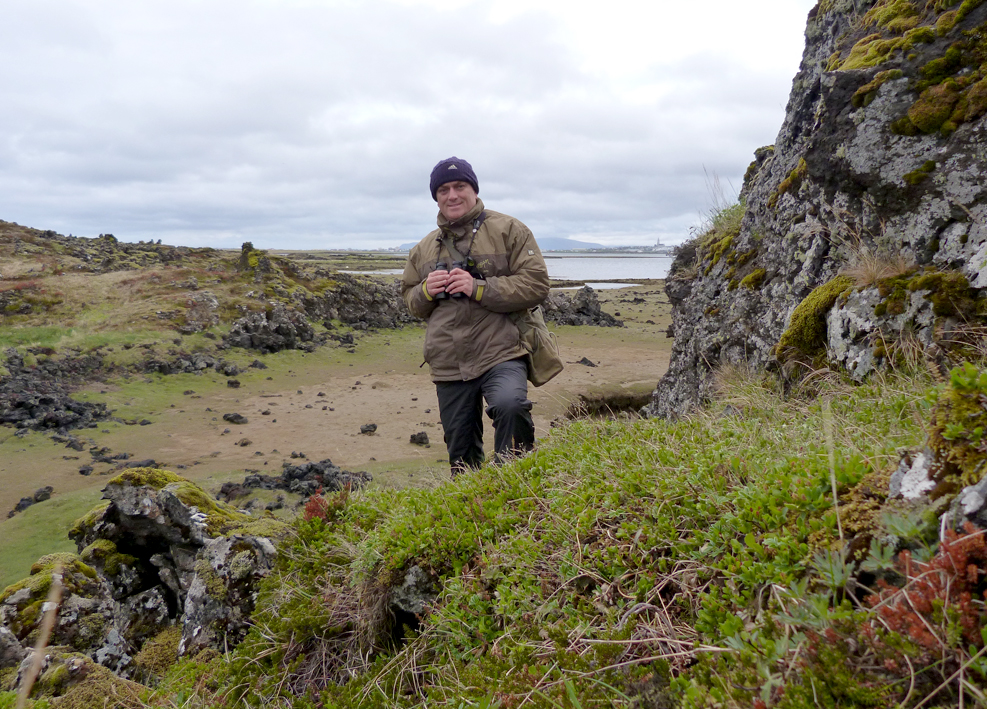 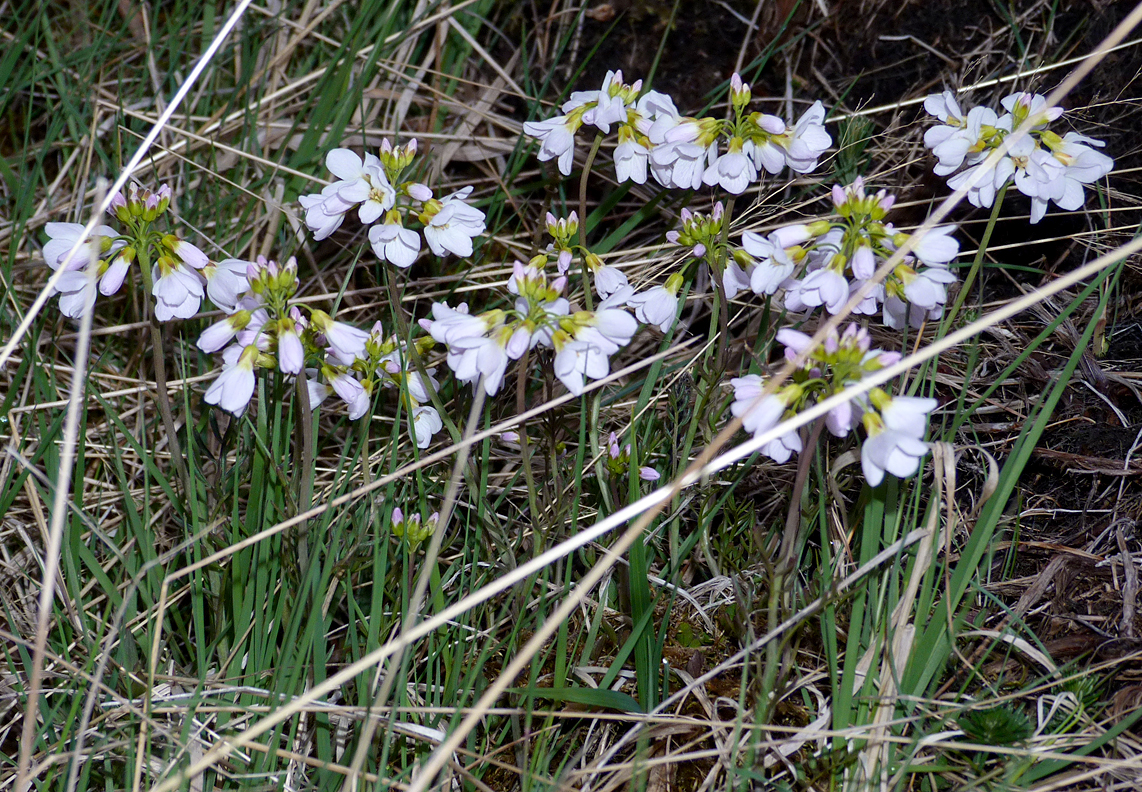 I know little of Icelandic flora, but this may be Cardamine nymanni or Lady's Smock, an arctic version of the Cuckooflower.

Time was getting on so I walked back along the road, overtaken by an Arctic Skua taking a short cut. There were also a few White Wagtails and Wheatears in this area. After such an early start I ate well at breakfast and was thankful that they served proper tea. We packed up and headed inland. Skirting Reykjavik, I saw a few Redwings feeding on the grass verges and a group of Tufted Duck on a roadside lake. The first stop was to a Geothermal Power Station - interesting, but no wildlife - but later in the morning we crossed the first line of hils, arriving close to the shores of the massive lake, Thingvellavatn. The point of interest was Thingvellir, where the country is literally splitting in two and is the site of one of the earliest parliaments on Earth. 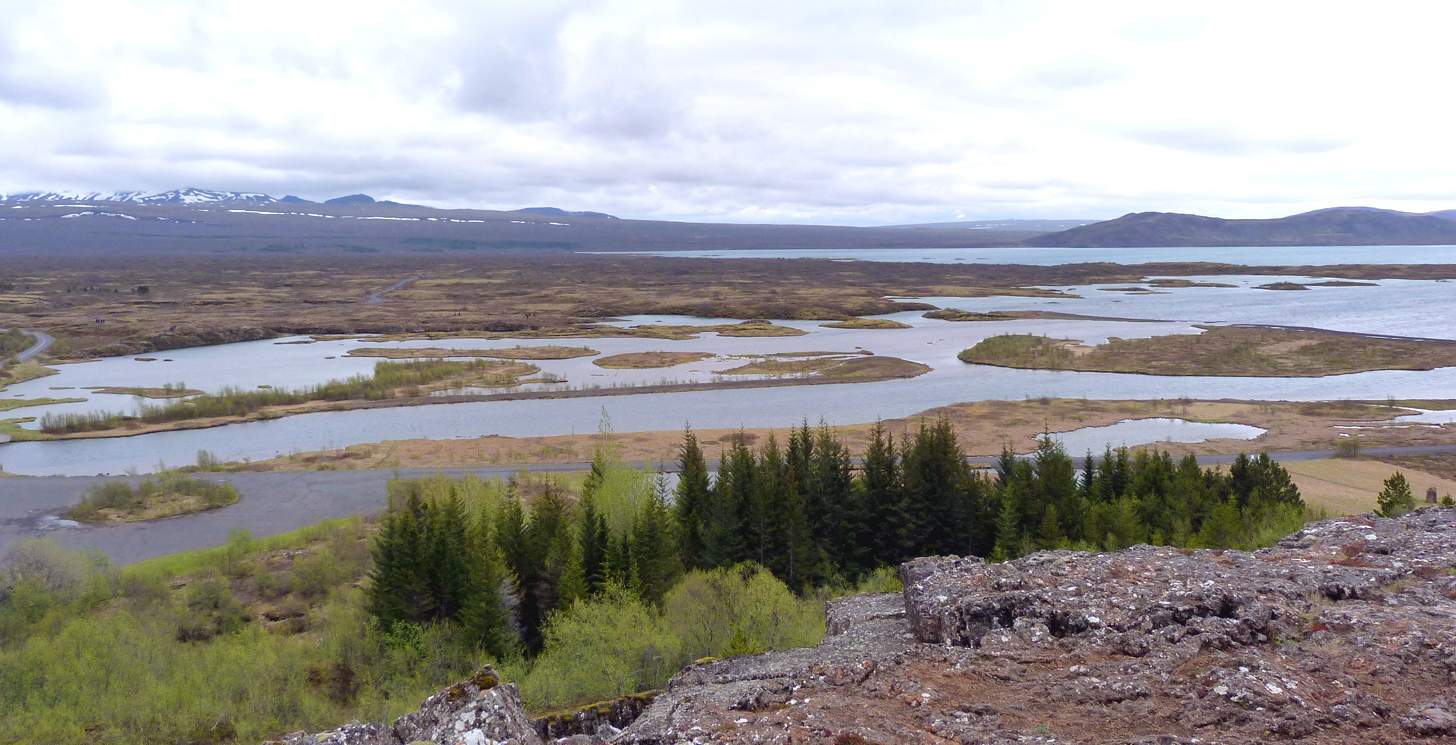 The habitat here in the interior was slightly different to the coast - lots more shrubs, small trees, heathers and dwarf willows in the cracks in the rocks - much greener. There were Redwings singing from the trees and rocks around the car park and I found a nest right next to the path. The sitting bird was totally unafraid of everyone walking past - even the non-birders of the party were impressed. A male Ptarmigan flew in and landed on the rocks right in front of me. Frustratingly, it came close but wouldn't keep still for a second before it flew off again along the cliff edge. 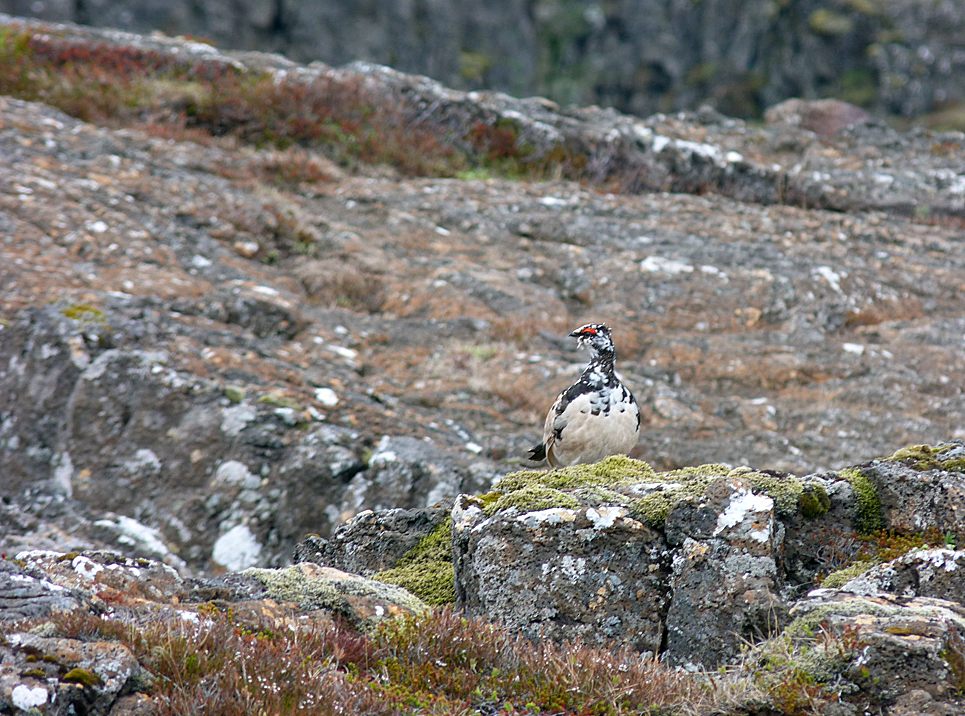 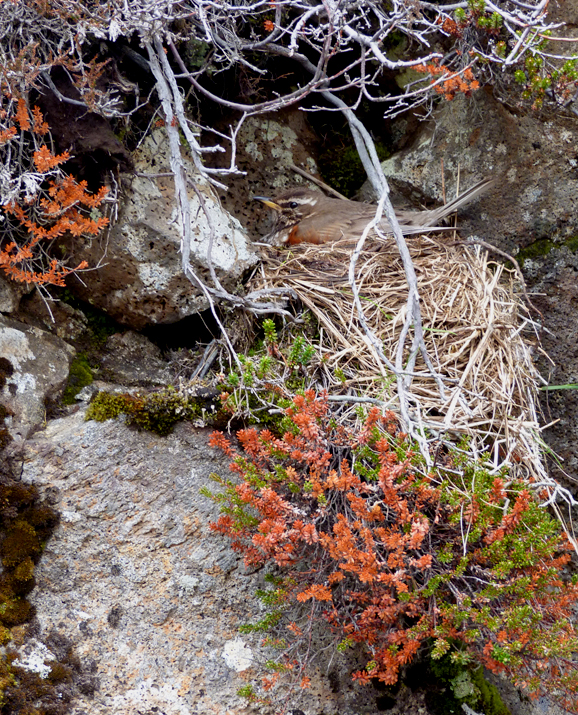 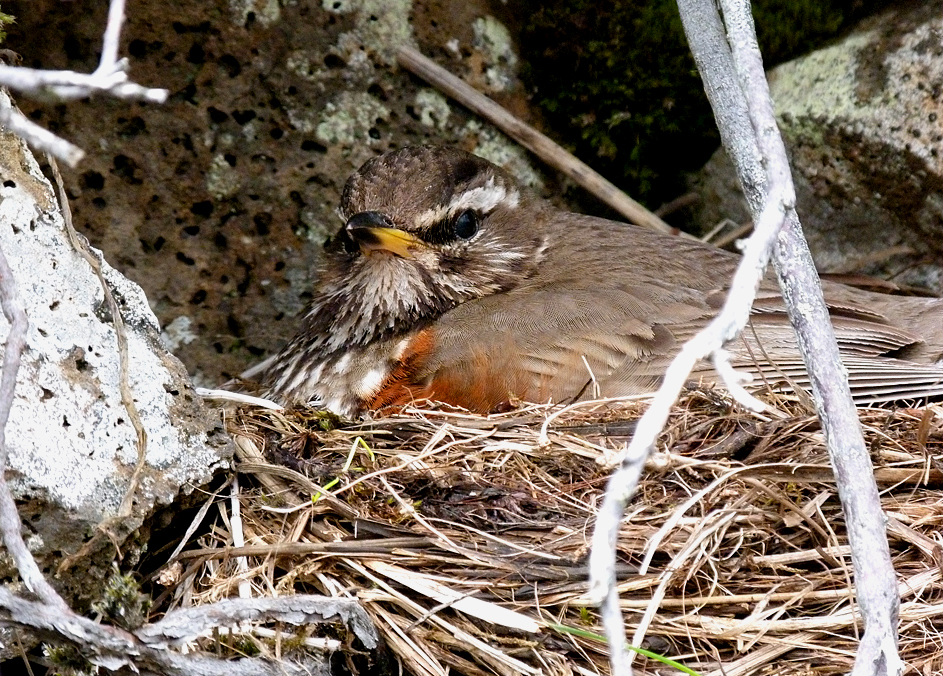 We walked down the main path, looking at the massive cracks in the mountain, which you could almost feel were moving apart in front of you. The tour guide was giving us some background to this, and to the history of the place, when I scanned along the river below us. There were a few Redshanks, then a couple of Red-breasted Mergansers, and then....... KA-POW!! 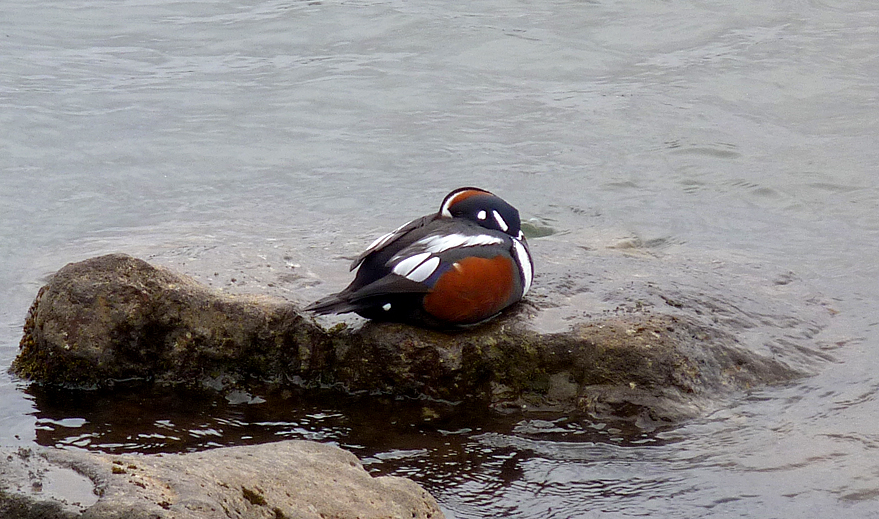