Our final day in the country and looking at the itinerary, there was little promising planned for wildlife. After breakfast a small flock of Turnstone landed on a puddle below the hotel car park. We stopped first at some hot springs in a nearby town and ate boiled eggs for brunch cooked by heat from the Earth's core - that's a first. Then we headed back to the west coast on the bus. Driving through the town of Selfoss, I noticed a small flock of Long-tailed Duck on the river, which were the only ones seen all trip. Also, nearby, on a small roadside pool, I spotted a brief but distinctive Red-necked Phalarope bobbing on the surface. We eventually arrived in Reykjavik where the first stop was at a viewpoint over the city. This was surrounded by birch trees and there were plenty of Icelandic Redpolls flying around, some giving decent views as we were at treetop height. Again my attempts at seeing them properly were scuppered as we were hurriedly ushered back onto the bus. 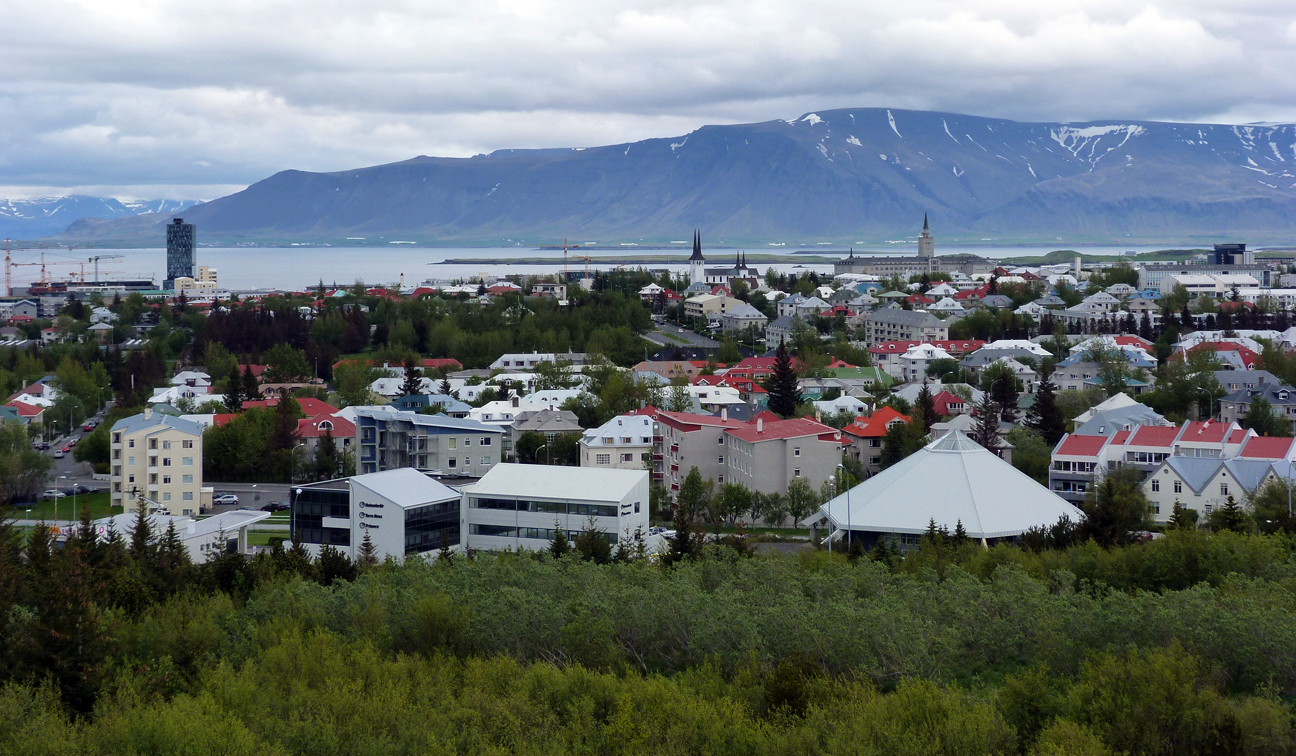 Later in the morning we headed to the far SW of the country to the Reykjanes Peninsula, which is the location of the airport. We stopped at "Leif the Lucky Bridge" which spans a split in the rocks caused by the spreading of the Earth's crust. To the left is the Eurasian plate, the right is the North American plate, and the gap gets wider. It's probably not exactly so, but it is more symbolic I guess. Named after Leif Eriksson who did indeed cross to America of course. 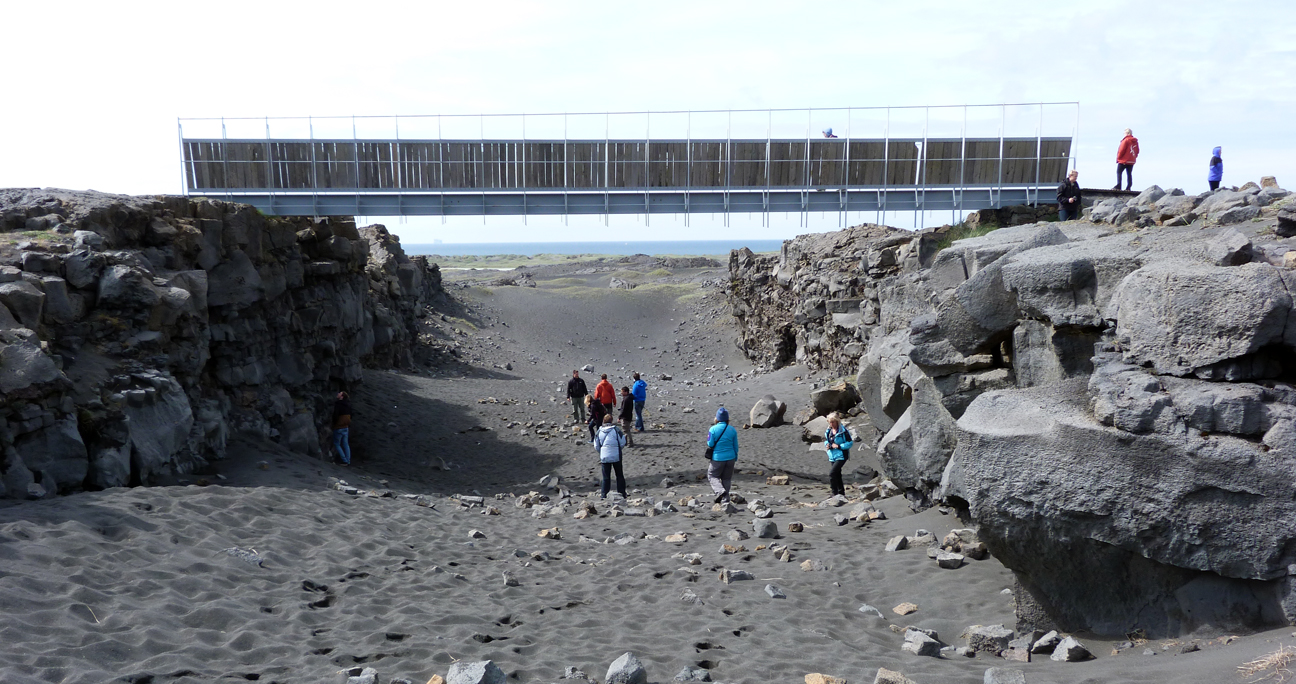 After this, we visited the nearby hot springs and mud pools. The colours here were fantastic, with the different salts and sulphurs producing red, yellow and orange soils, and lakes of turquoise and green, and smells of a fine distinction. There were lots of Arctic Terns here. I wasn't sure if they were breeding but it did look like a colony in amongst the steam. 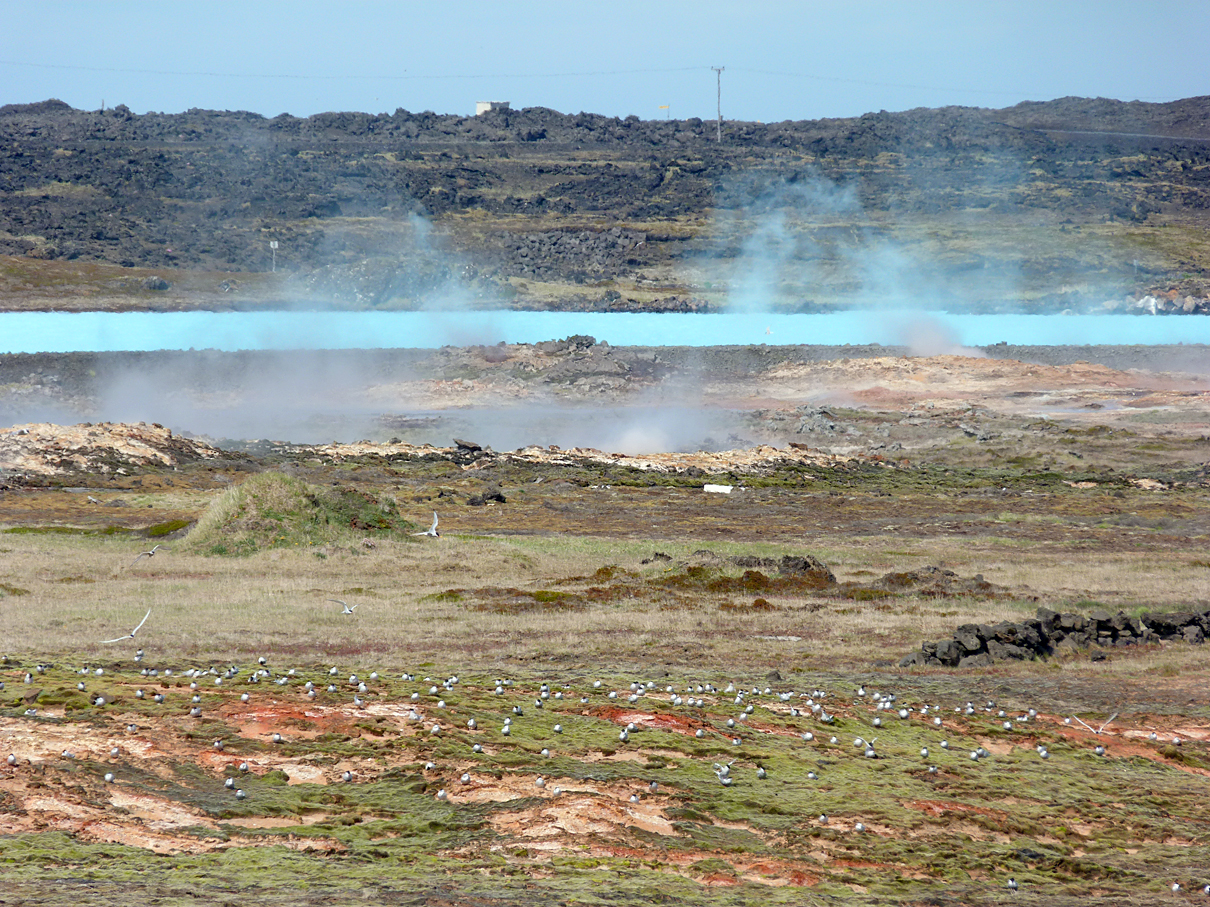 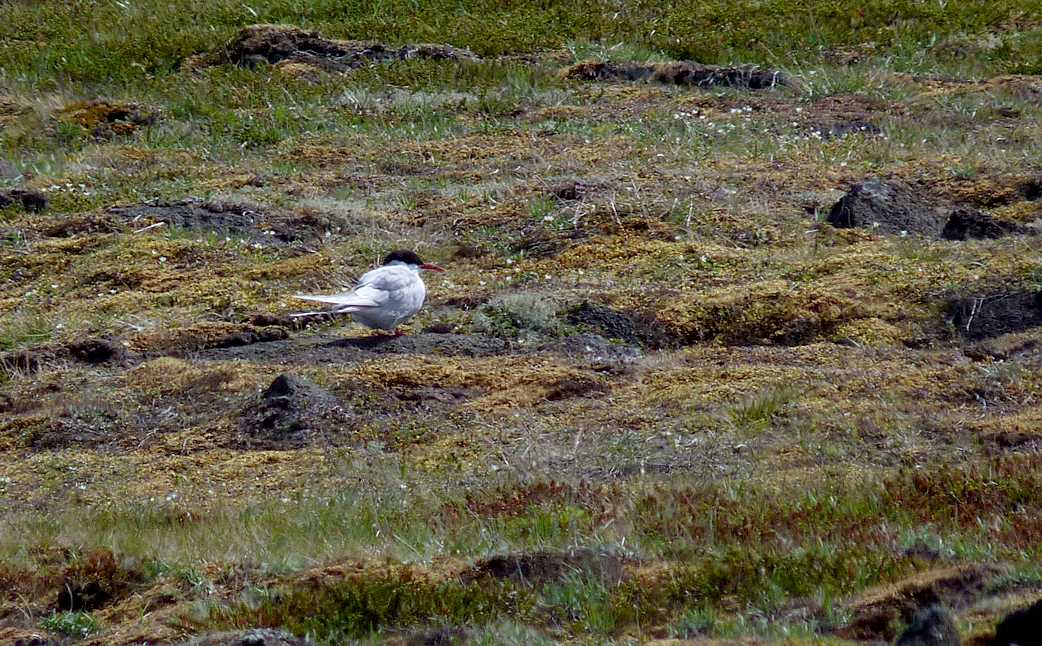 I thought that was it, and was expecting to go straight for our afternoon flight to the airport. But we were lucky and had a little time to spare and so we spent a while at the headland at the most south-western point of Iceland. There were lots of birds in this area. As well as the ubiquitous Arctic Terns, there were lots of Kittiwakes here due to the colonies present on the sea cliffs and the offshore stacks. This was a famous spot because on the seabird island visible out to sea, the last Great Auk in the world was killed and so the species became extinct right here. There is a statue to commemorate this. I scanned the sea just in case a lonely individual had survived, but the only auk on view was a Black Guillemot bobbing on the waves. 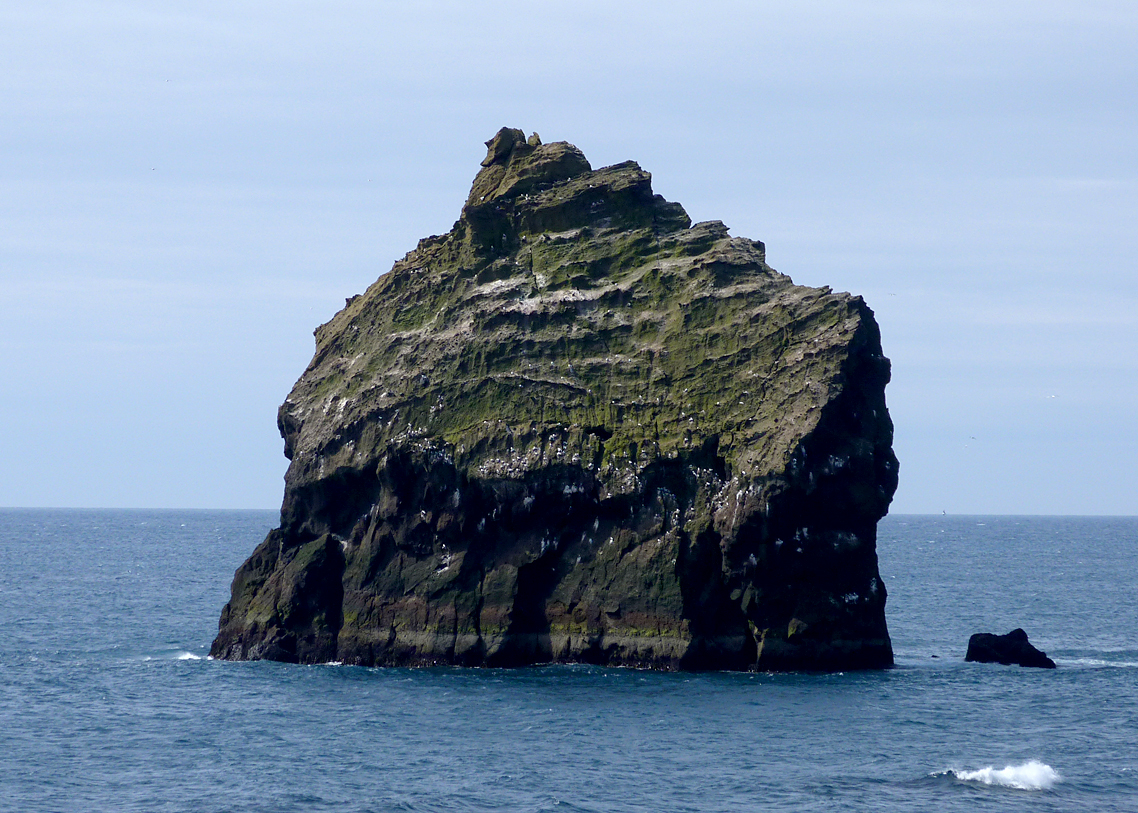 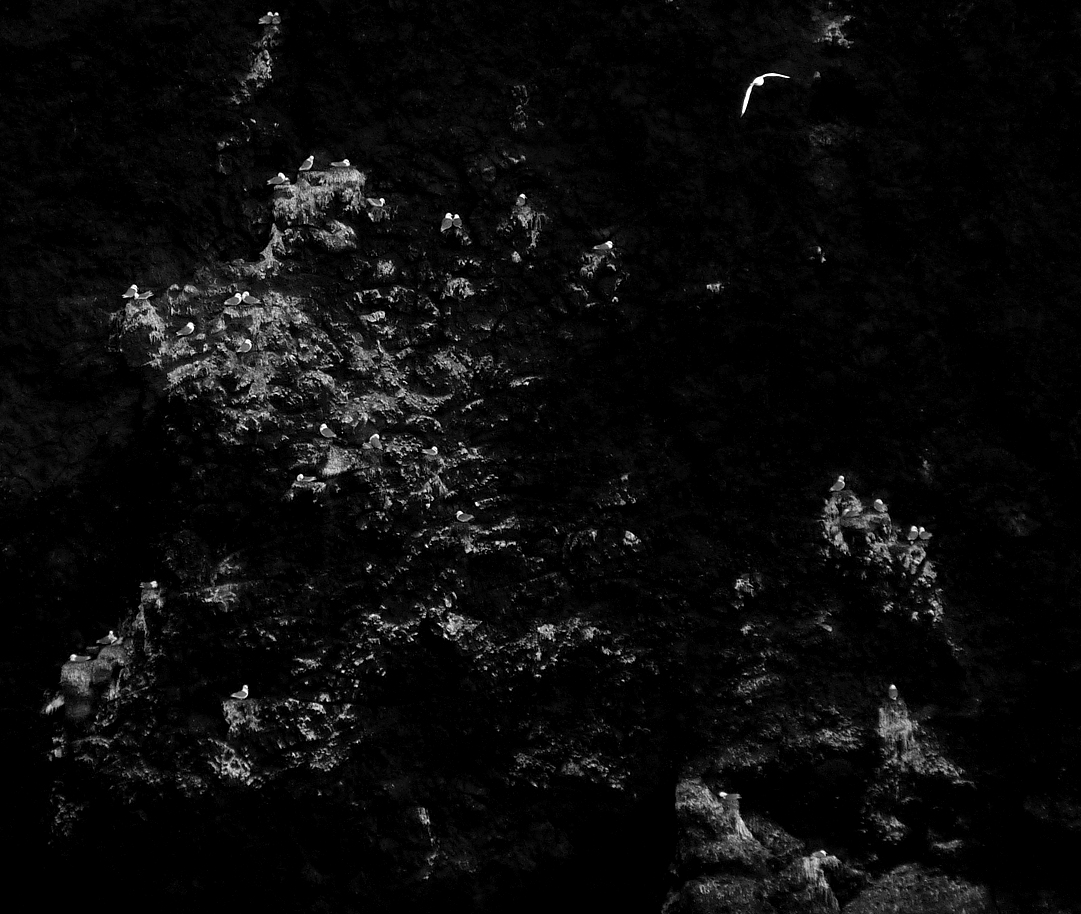 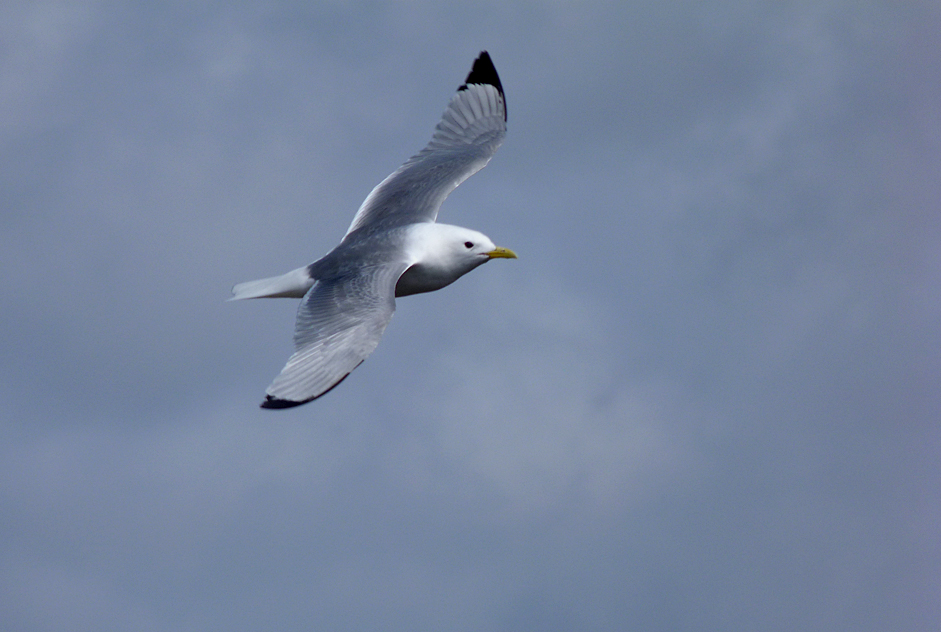 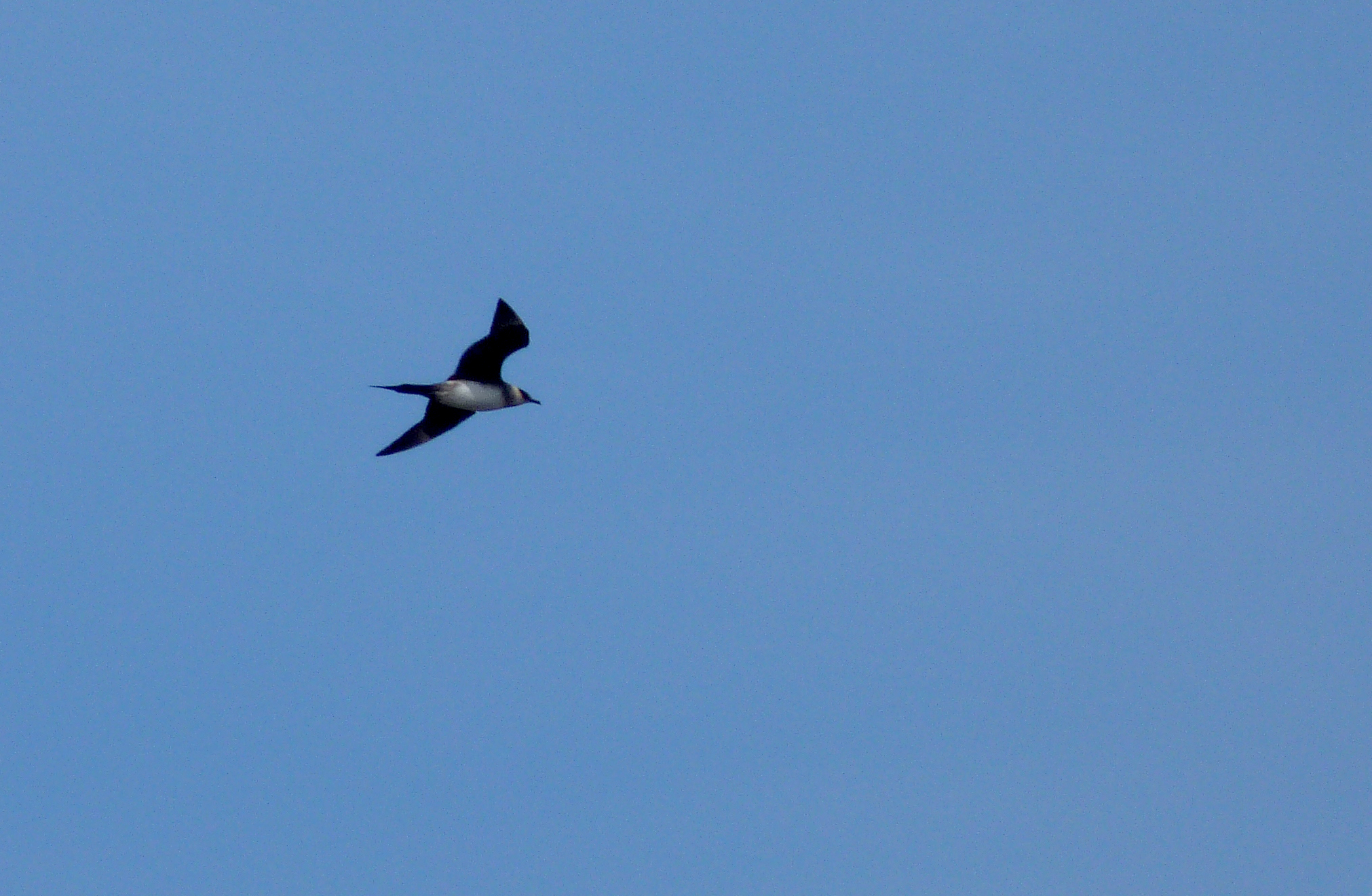 So back to the airport and a flight home. Only an hour's delay and that was that (apart from 2 buses, another flight and a stay in a hotel). I was disappointed about missing out on Gyrfalcon but I was more than satisfied with the superb Harlequins. As a birding trip, I wouldn't say Iceland would be my first choice due to lack of variety of species, but of course I didn't go to the most interesting areas. But as a trip of astounding sights I could not fault it. Some of the group, who clearly go on big trips regularly, seemed pretty blase, but I was constantly amazed at what I saw and rarely kept my eyes off the bus window. So extremely enjoyable and I was grateful that I got the chance to go. I look forward to returning in October. It will be very interesting to see the different selection of species in the autumn.