With no cold snaps at all during the first month of 2016, there wasn't much new arriving on the island but in the first couple of weeks of a new year I'm always keen to get out and about. There was quite a few windy storms rolling in, but seabirds were still surprisingly scarce around the bays, with just a couple of auks affected by the gales.

On New Year's Day I had a short while along the patch despite the poor weather conditions. Black Redstart and Grey Wagtail at Pulias being the highlights. Another, bright male Black Redstart visited the garden on 3rd Jan. On 5th I saw my first official Greylag Geese for the patch list. I have seen them a couple of times previously but it has only been a year or so since Greylag was added to the Guernsey List as a proper wild countable cat C species. So it was a highly underwhelming addition to my local patch bird list.

Much better though was the fine Coal Tit that I discovered feeding in the pines at Le Guet in my lunch hour on 6th Jan. This was a second patch-lifer in two days, and much more pleasing than those manky geese. I've not seen very many Coal Tits in Guernsey before and I can only remember two: at Saumarez Park and at Marais Nord, and not for ages. This was one of the blue-grey-backed continental birds which is typical of the ones we get.

There followed a few seabird sightings blown in by the storms. Nothing too exciting but, during the middle of the month, I had Great Northern Diver, Razorbill, Great Crested Grebe and at Cobo, two Sandwich Terns and a Med Gull. Driving home on 20th Jan, I saw a Guillemot feeding just off the slipway and I parked up and scurried down the slope. It gave great views, and if only I knew how to use my camera, I may have got a much better photo than the one below.

On 21st Jan I had a better look at the Coal Tit at Le Guet as I found it feeding on feeders in an adjacent garden. Watching it a while, I soon realised that thee were two birds present. I managed to get a few poor photos, but I was lucky to snap those as I was dangling over the garden's wall at the time. There were also two Firecrests at the other end of the wood.

Continental Coal Tit - Le Guet - 21 Jan 16 - compared to British Coal Tit, these have a larger bib, extending almost to the shoulder, and often obvious dark patches at the breast-sides.

The colour of the back shows a clean blue-grey colouration compared to the olive tones on British birds. 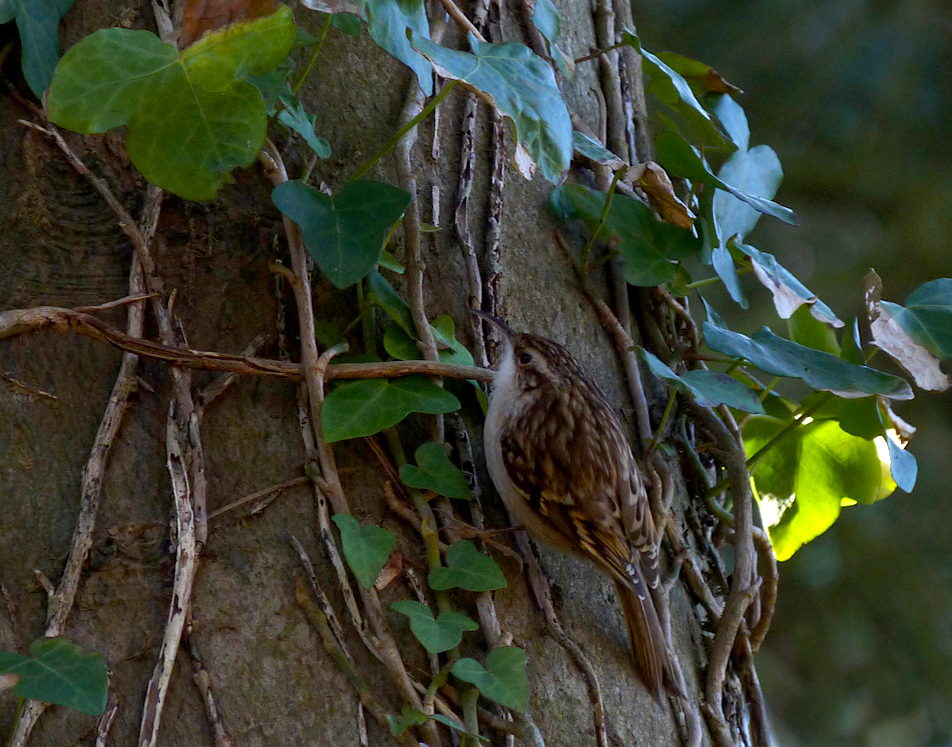 Short-toed Treecreeper - Le Guet - 28 Jan 16 - after all this time, I have finally managed a half-decent shot of a STT.

Asparagus Beetle specimen - garden - autumn 2015 - still trying out the photo-stacking software. It looks great for photos of specimens, but rather tricky for live critters!

I have started a new project, or experiment rather, which is a fun podcast about birding. I don't know how easy it will be to keep this going monthly, but I'll never know if I don't try! You can download the "JUST A BIRD PODCAST" through iTunes, or you can listen to it via Soundcloud https://soundcloud.com/gyr-crakes" target="_blank" rel="nofollow">here.