A mysteriously quiet first ten days of April on the island with very few species to excite. I managed to add an extra couple of species for the year list but, perhaps I was saving my energy, since I was about to go on my annual birding trip. However, this year I was stepping up from a few measly days plodding round the UK and was about to embark on my first proper foreign birding trip since 1994. Andy, Ian and I were going to the forests and marshes of eastern POLAND!!!

However, a trip starting off in Guernsey isn't totally straightforward. I am always quite paranoid about getting stuck on the island due to the weather, and missing my flights. I literally have nightmares about it if my connections are quite close in time. When I first went to Iceland, with quite a tight turnover time, I spent literally months panicking that I would be stranded. So, to alleviate my concerns, and since it was the Easter holidays from work, I decided to book a flight to the UK a full 48 hours before our flight to Poland was due to leave. Some might say I was a little too cautious but I know it was for the best, as I was totally fine for the preceding few months. So, this meant that I had to occupy myself in the Stansted Airport area for nearly 2 days....

The flight, in the end, had zero delays as the weather was great, and I arrived in the Premier Inn hotel room in Stansted in less than 3 hours since leaving my home - which is pretty impressive. Rather than spend the rest of the evening just hanging round the room, I caught the bus into Bishop's Stortford as I had booked a seat at the cinema to watch "Batman vs Superman". I had planned this sojourn meticulously, and so was mortified to find out, after the film had finished, that the summer bus timetable had started the day before, and I had the old times, and so I was not able to catch a bus back to the airport! So I had to actually pay for a taxi back to the airport - something I hate with a passion! I would rather walk miles than pay someone to drive me - and often do!

A misty early morning in Essex, as viewed from my room window

After a fine, all-you-can-eat breakfast in the hotel, the next day I jumped on the train to London. I was thinking about doing some birding in the local Stansted area, but I decided it was worth a trip down into the big city. Apart from a very quick couple of hours in the Natural History Museum a few years ago, I had not been to London since my early 20's and so I was looking to do a bit of touristy stuff for the day. I stepped off the train in Liverpool Street and was immediately confronted by a wall of people - gulp! I dislike St. Peter Port on a Saturday lunchtime as it is far too busy, so I found all this quite disconcerting! I made my way through a large banking district, where the famous modern architecture was immense and very impressive. 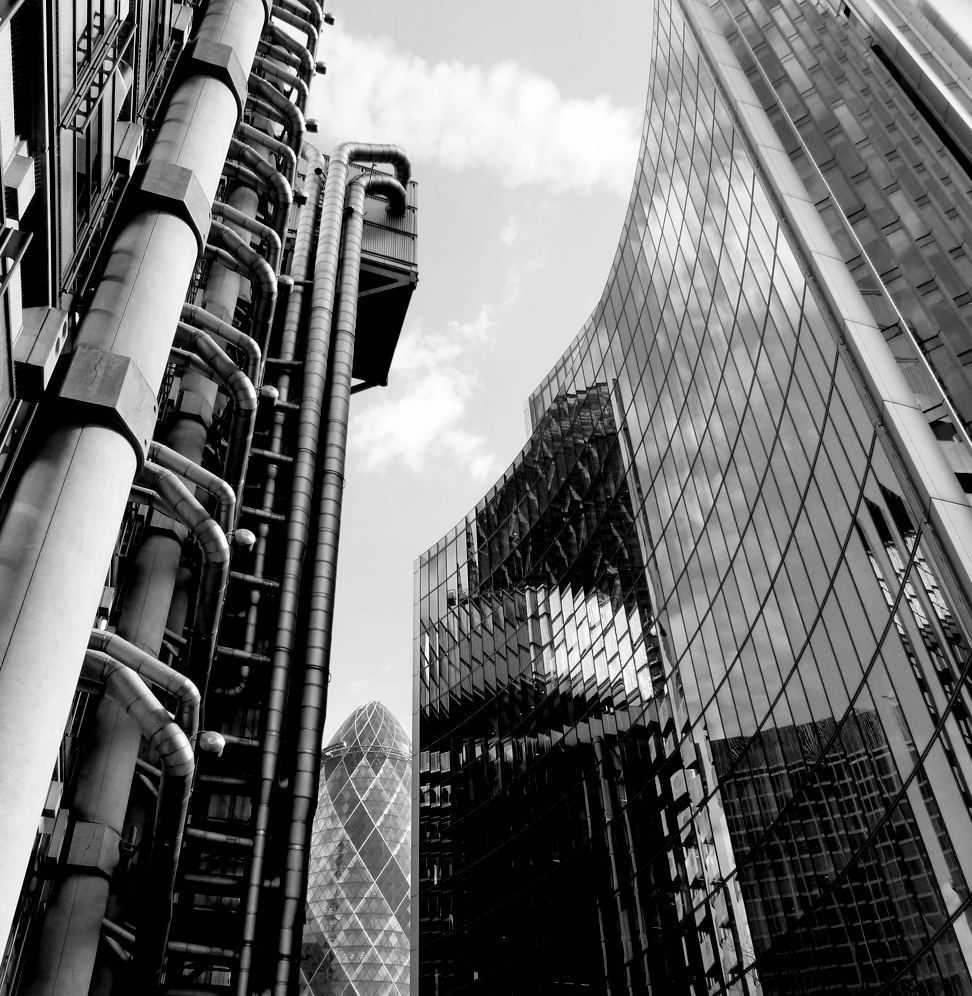 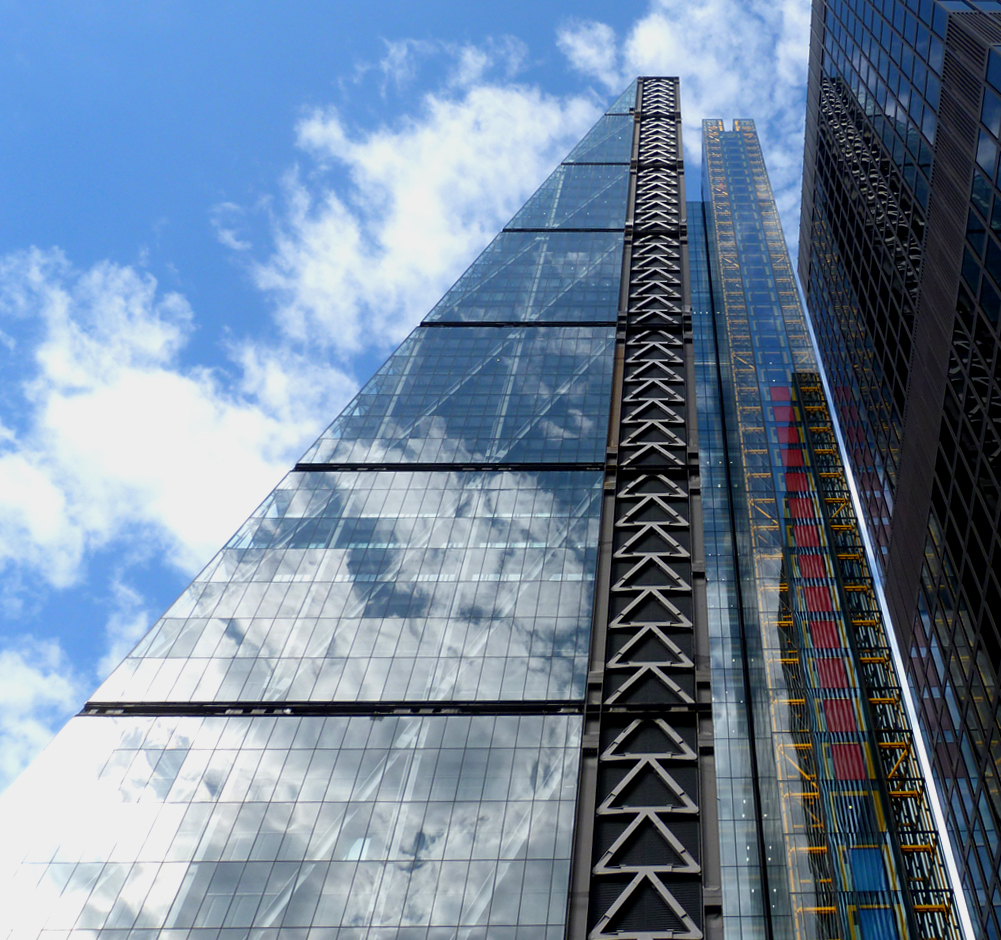 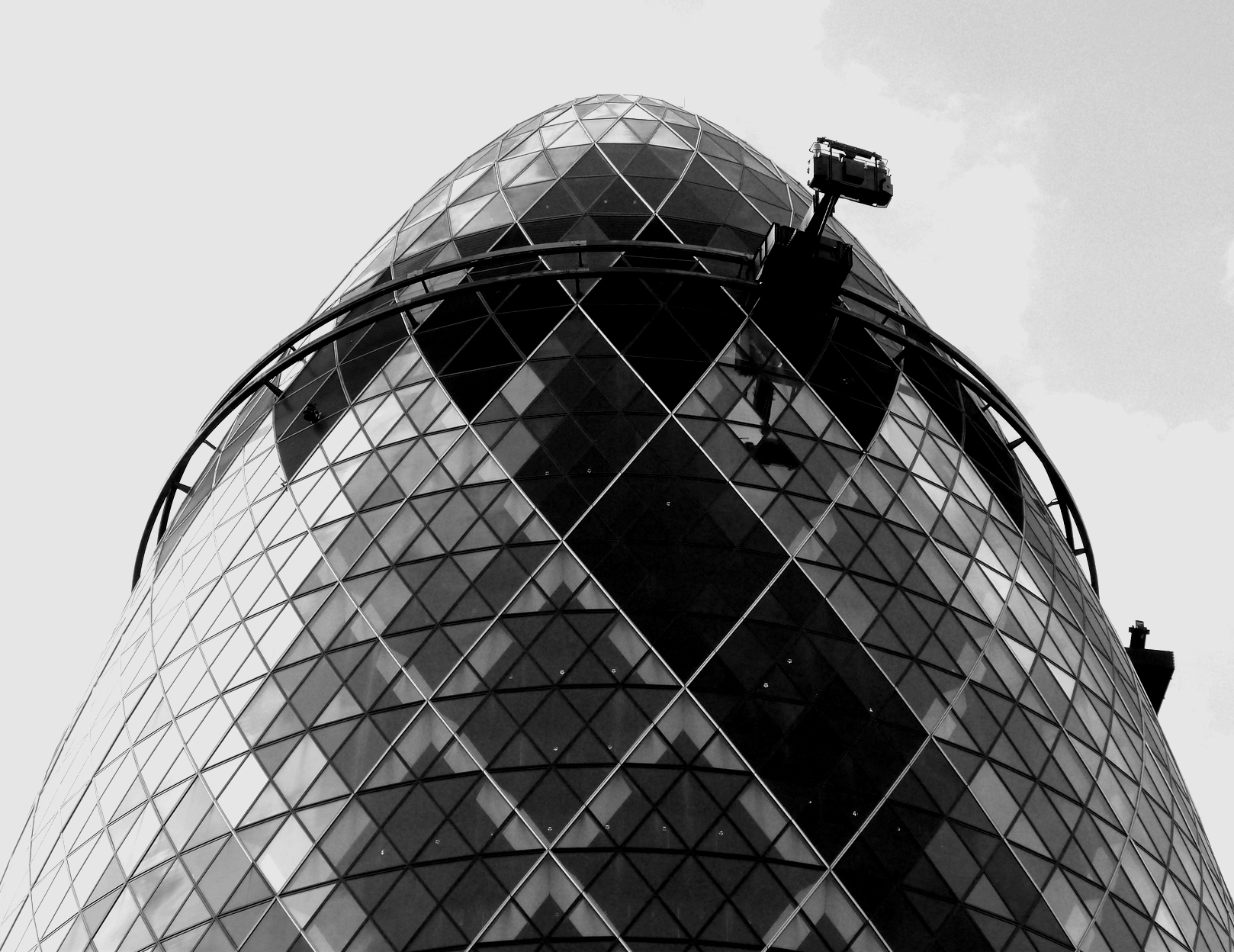 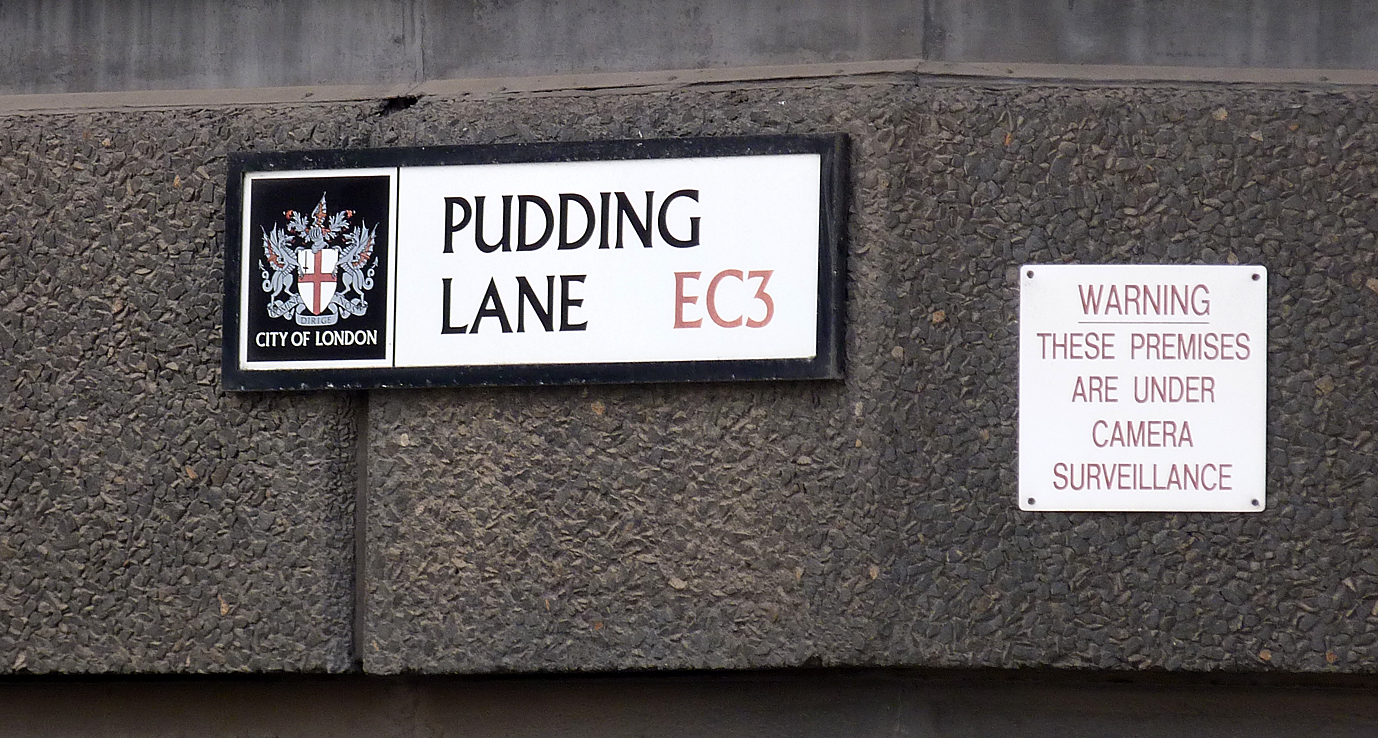 In case it happens again?

I wandered on down towards the Tower of London and the weather was now gorgeous. I had never been inside before, so I forked out some dosh and joined a Beefeater-led tour of the place. I was so glad I decided to, as it was a truly great experience, seeing all these things in real life, rather than just reading about them. Just walking around the main castle in the middle where the Kings and Queens lived for centuries, I found quite bizarre. Leaning on the same walls as they leant on, climbing the same spiral staircase as they did every night, sitting on the same "throne" as they sat on... 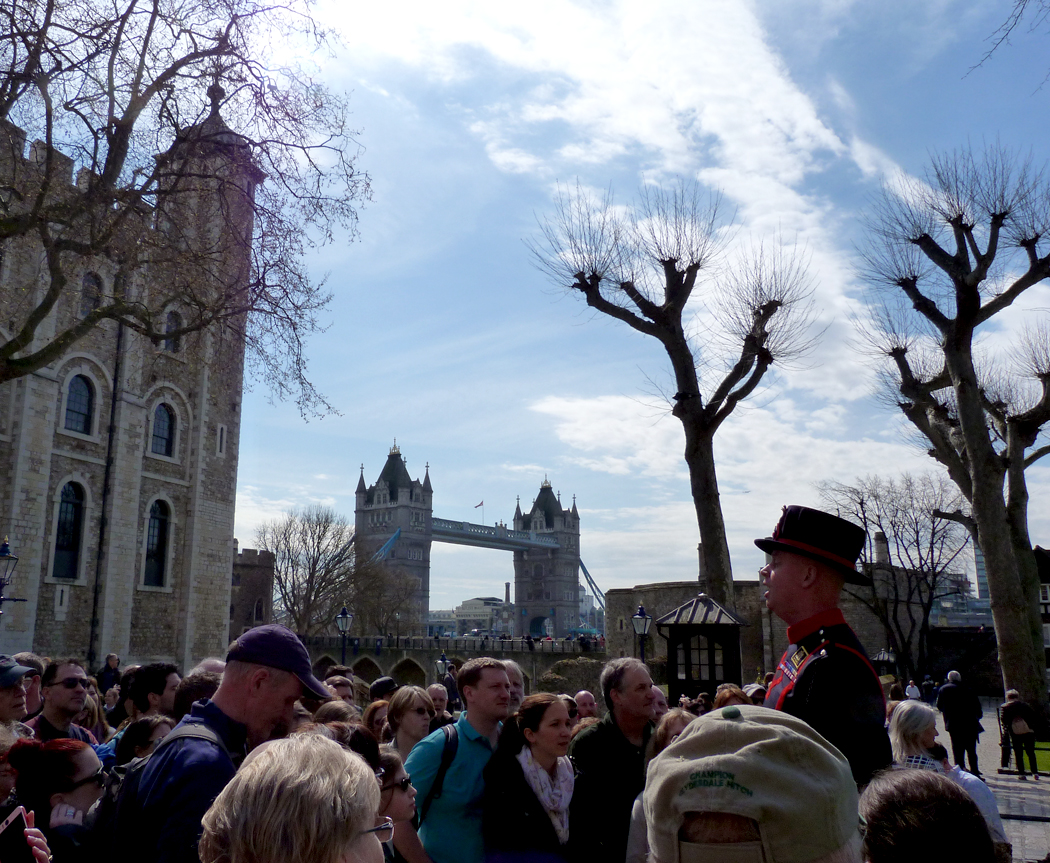 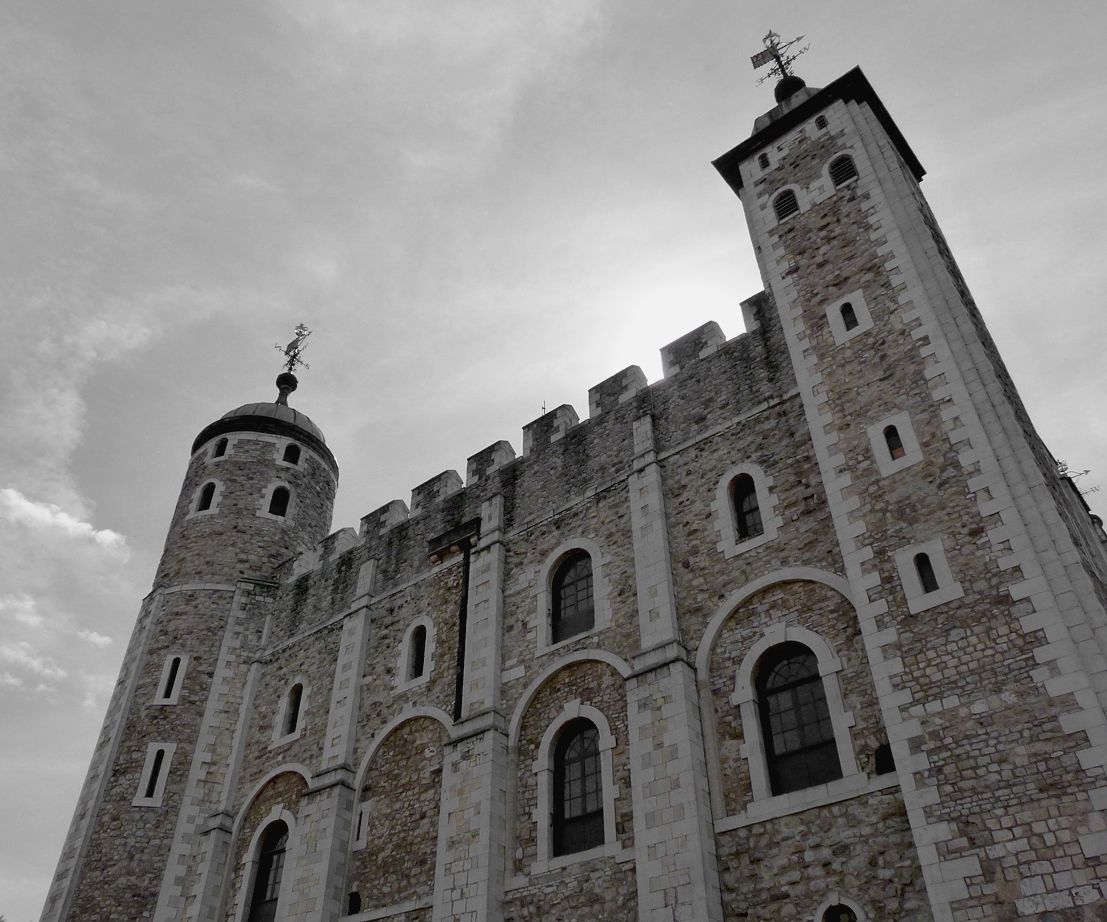 The White Tower built in 1078 by William the Conkerer 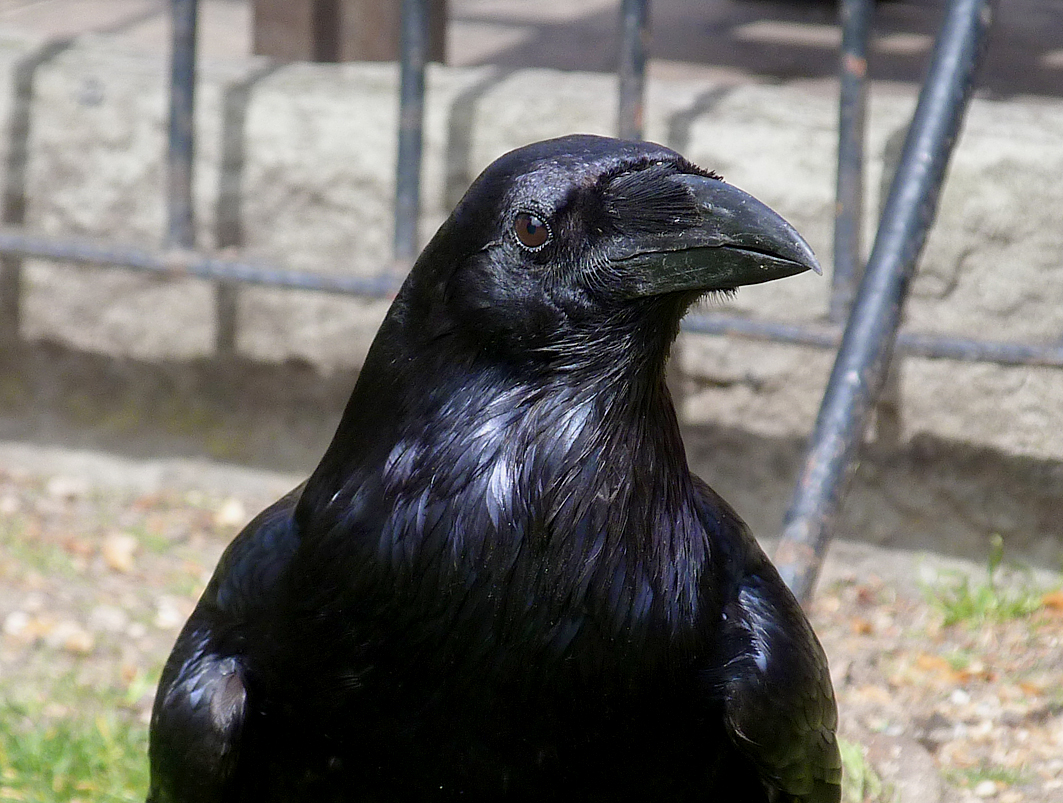 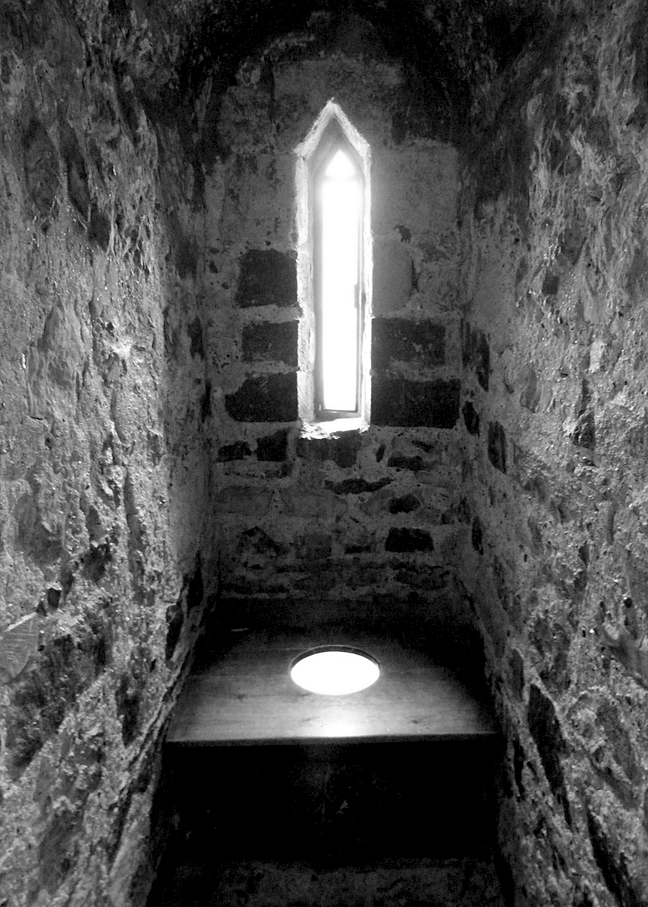 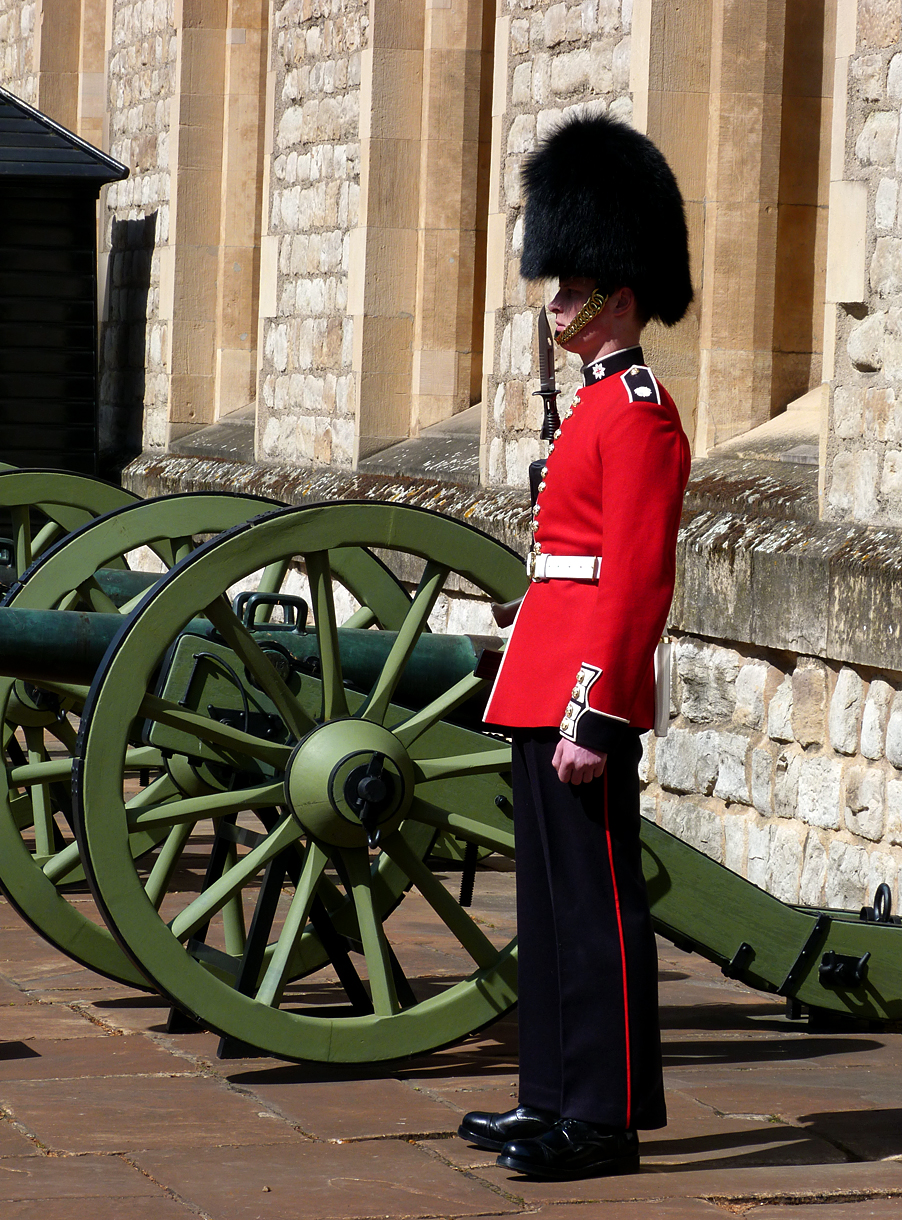 Mullets were still very fashionable in this part of London.

I was in the Tower for a few hours, and I hadn't realised that the sun had been beating down on me, and I hadn't drunk for ages. So I had the startings of a monster headache that got progressively worse during the day. I headed back to where I had come from to get a tube. One of my favourite things about London has always been the underground. Just the simple way it works and how easy it is to work out where to go, I find it delightful. Even that classic tube map is just a joy to look at. As I made my way to the station I needed to be at, I wandered past a watering hole that was being utilised by a herd of bankers. I hoped that a passing pride of lions would perhaps decimate the silly 'bankers'.

And they're not even sorry!

The tube took me to Tottenham Court Road and I wandered off northwards to the British Museum. It's weird how, despite me never going there, so many places and streets sounded so familiar to me - no doubt due to a lot of the things I listen to on the radio/podcasts are clearly londoncentric. The museum was of course full of terrific sights but spoiled by the sheer numbers of people there. Too much to take in in one short visit. I know it represents a bygone era of Empire, but seeing all these treasures - some of them ridiculously huge in size - plundered from all corners of the world, it was a little sad they were miles from home. Just when is England going to return the Elgin Marbles back to Scotland? 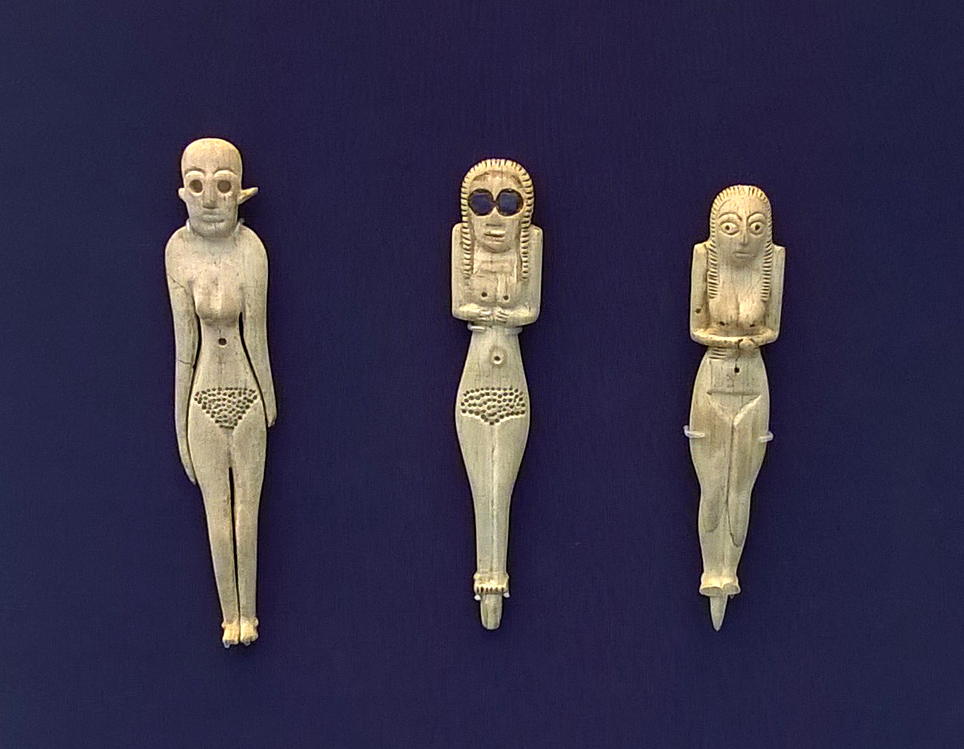 The ancient Egyptians were massive fans of the Sugababes

I left the museum mid-afternoon and meandered through the streets of London to the south, passing Trafalgar Square and Nelson's Column. This was a most unpleasant place, full of "street entertainers", which apparently nowadays means dressing up in a costume, standing still and expecting payment for this. I carried on towards Westminster and saw all there was to see around there, along with at least a trillion other people it felt like. 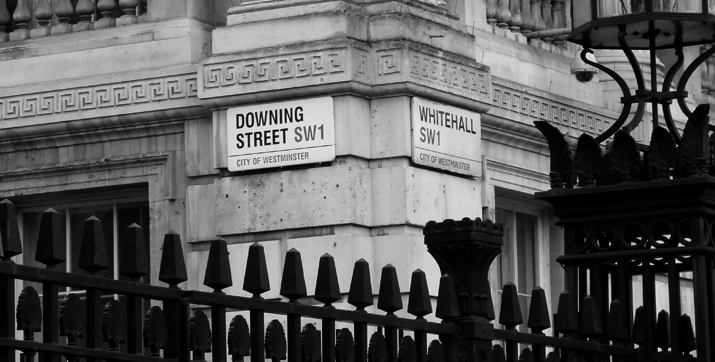 The streets of power and history - of heroes and legends - of criminals and shame. 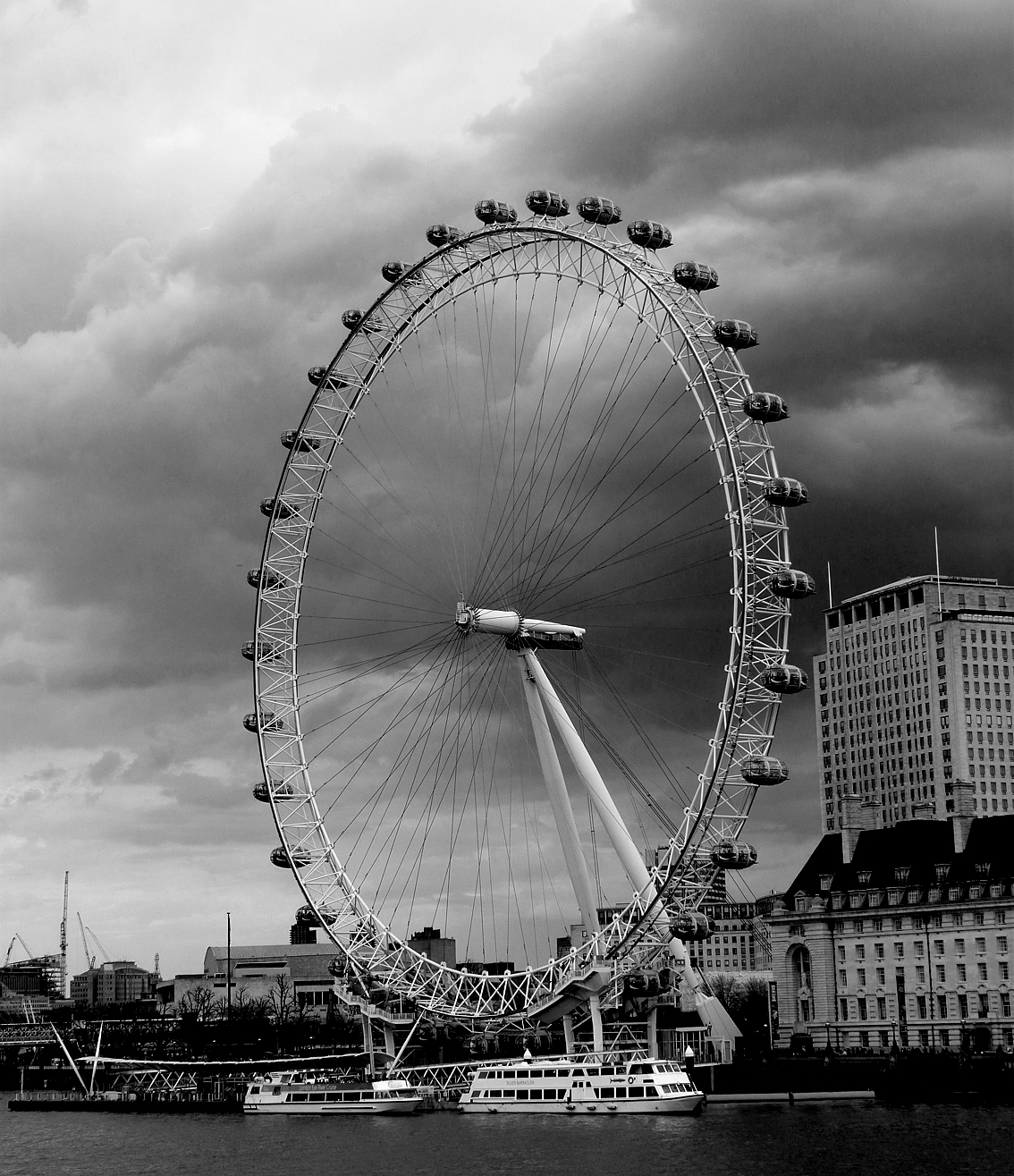 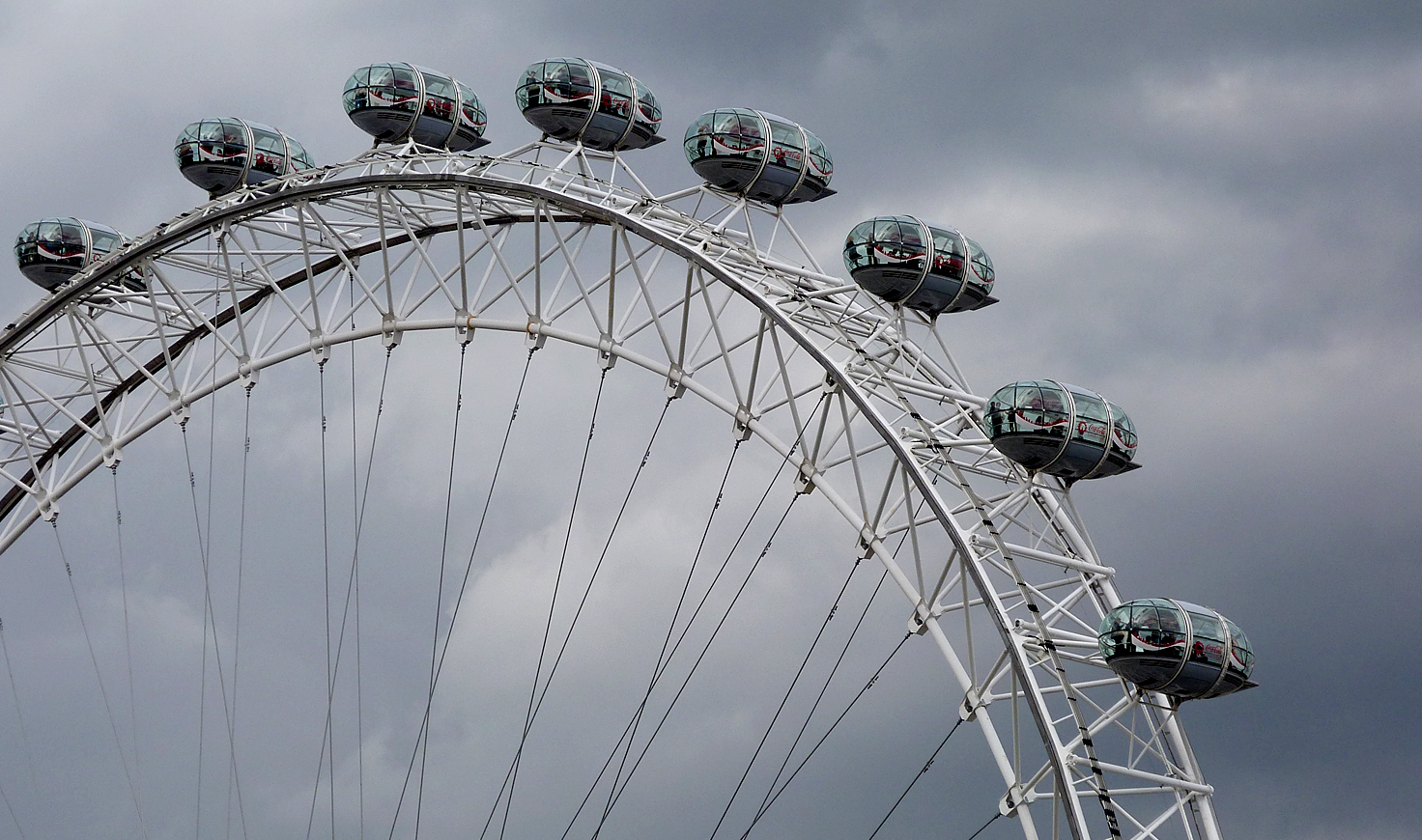 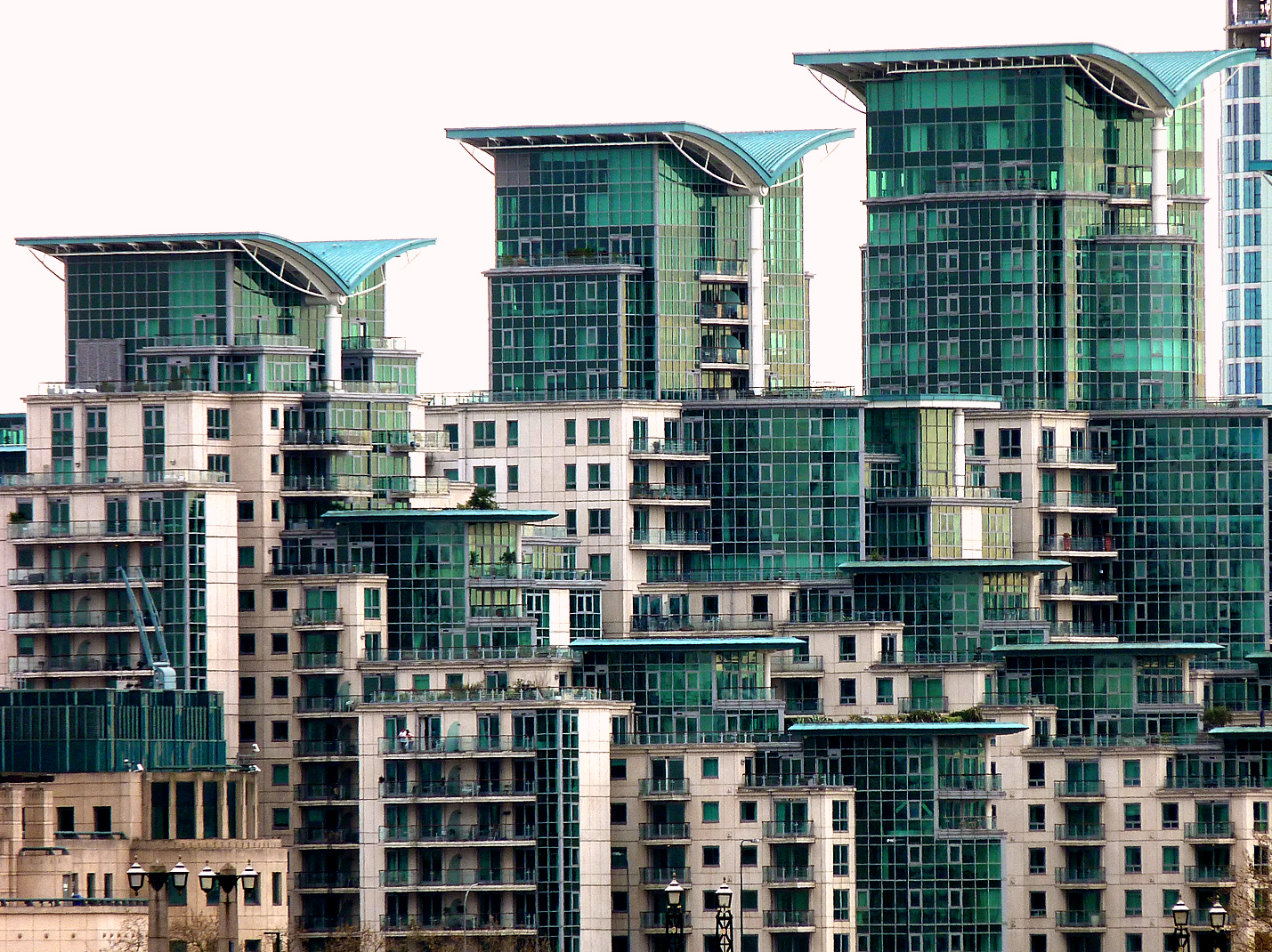 Riverside apartments, no doubt full of "Yuppies" (if they still exist) 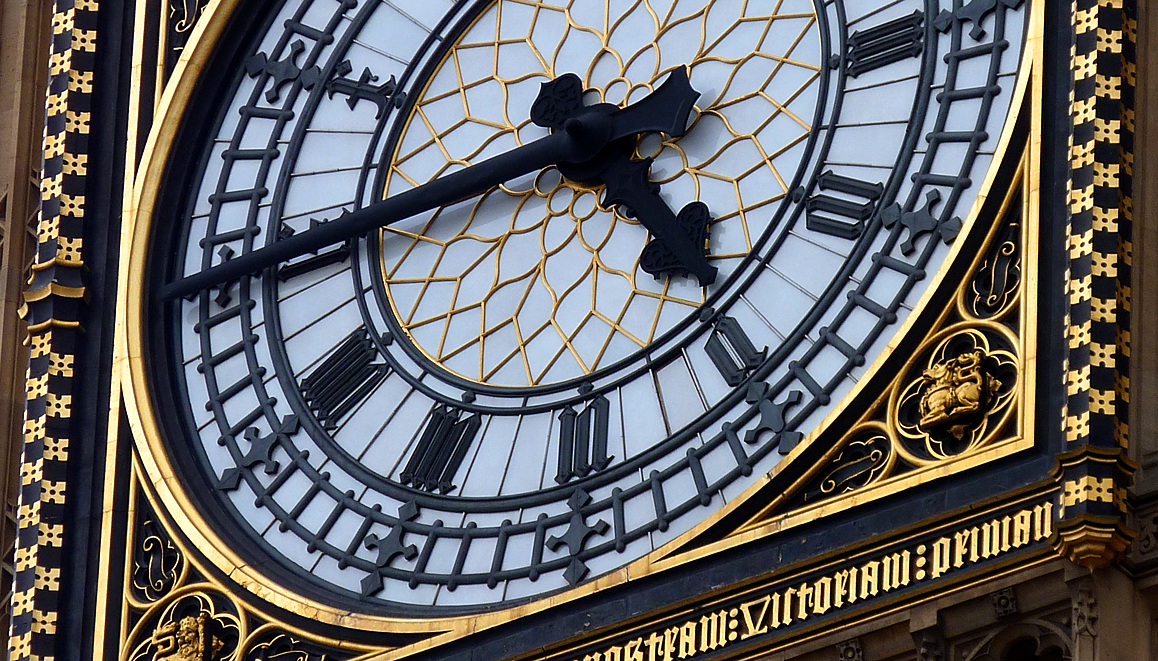 Secretary of State for Work and Pensions, Stephen Crabb, discussing the ageing of Herring Gulls, on the balcony of the Houses of Parliament.

After taking in the Houses of Parliament, I crossed the road to head to Westminster Abbey and suddenly there were sticks raining down on my head. Looking up, there were lots of Ring-necked Parakeets stripping a tree of its pods of seeds. I didn't recognise the tree but it was very impressive the way they just snipped off the pod, took it in their foot and emptied the seeds in just a few seconds. The pavement below was covered in the pods and were raining down on the tourists. You can easily see how these birds can destroy tree crops in no time at all and become real pests. 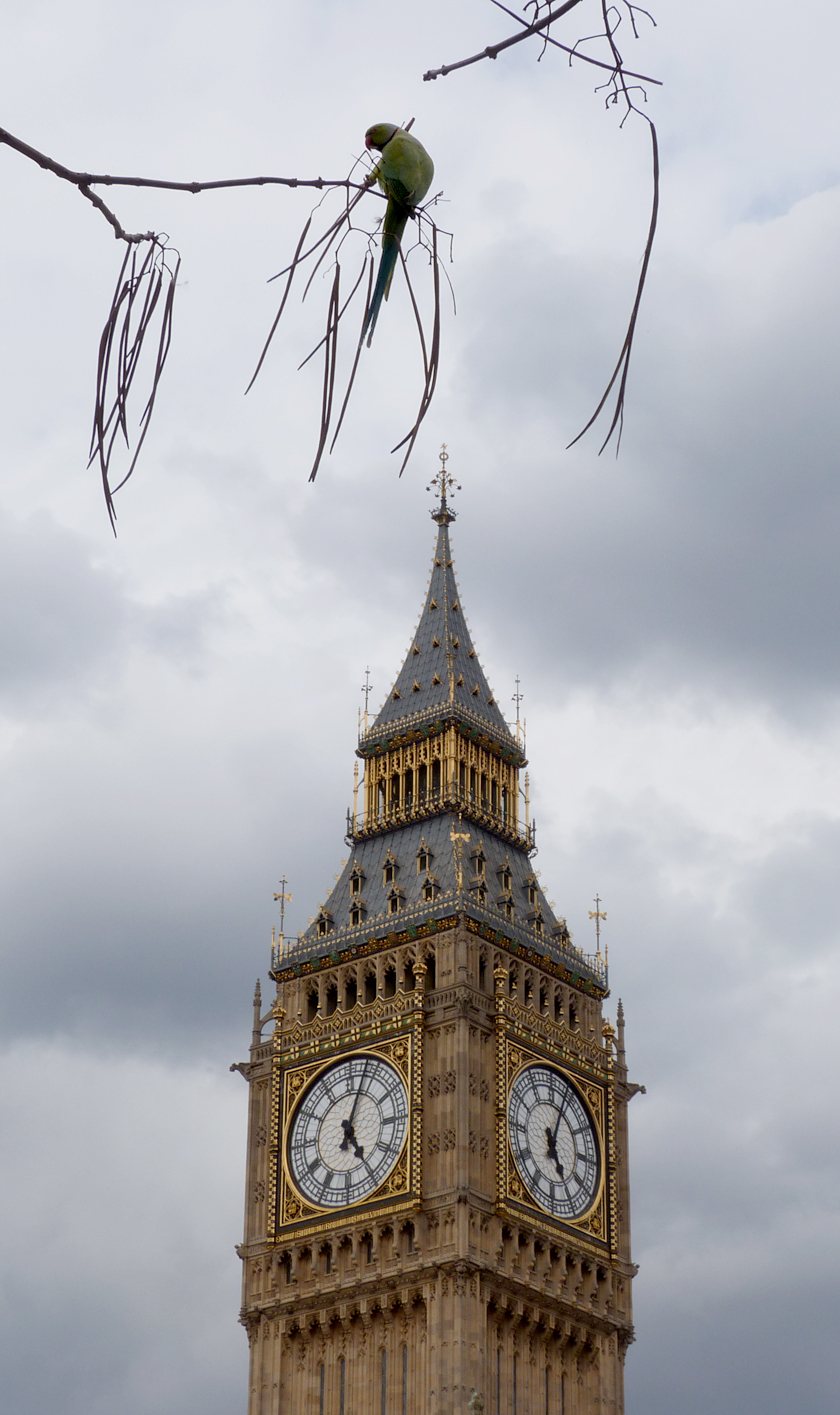 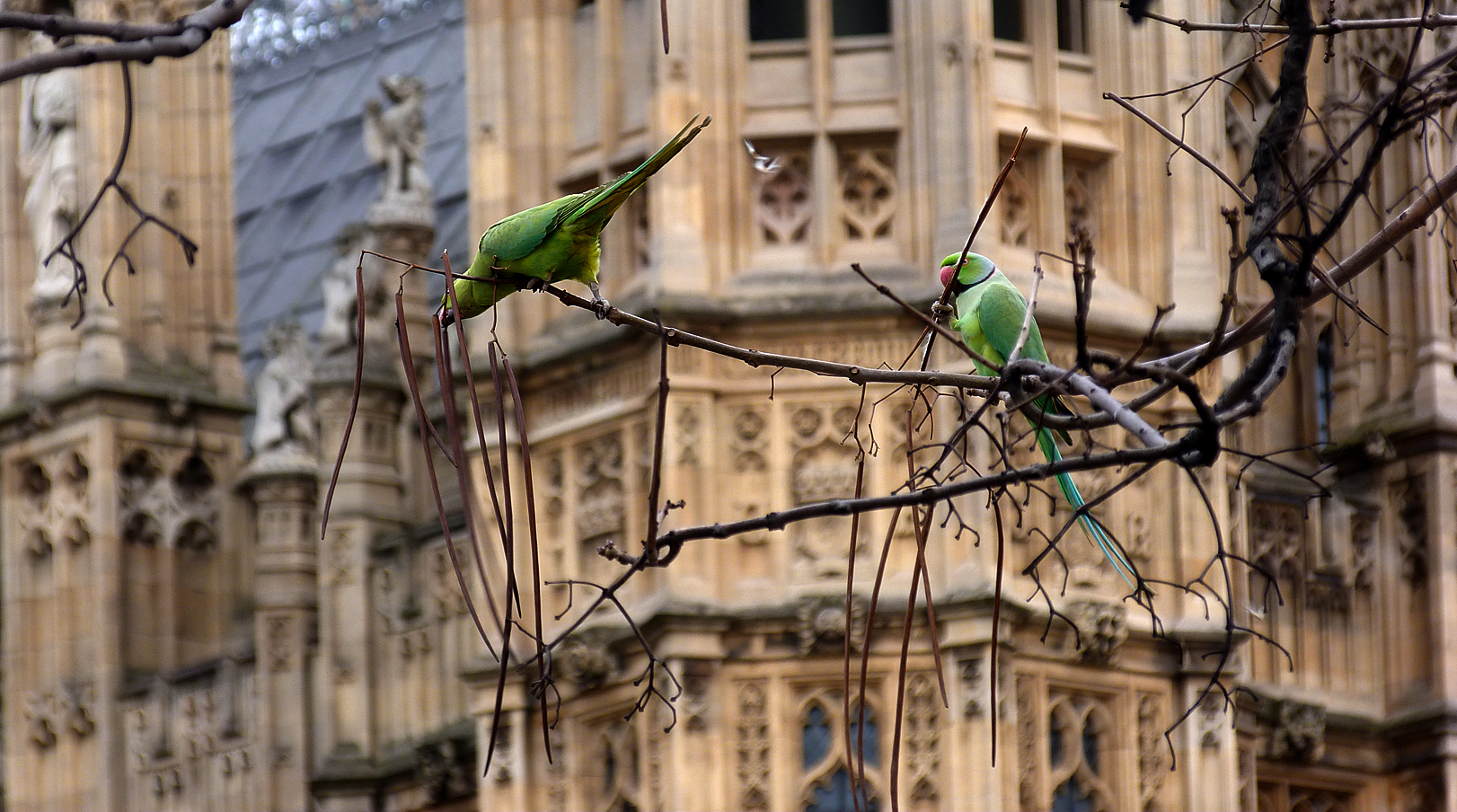 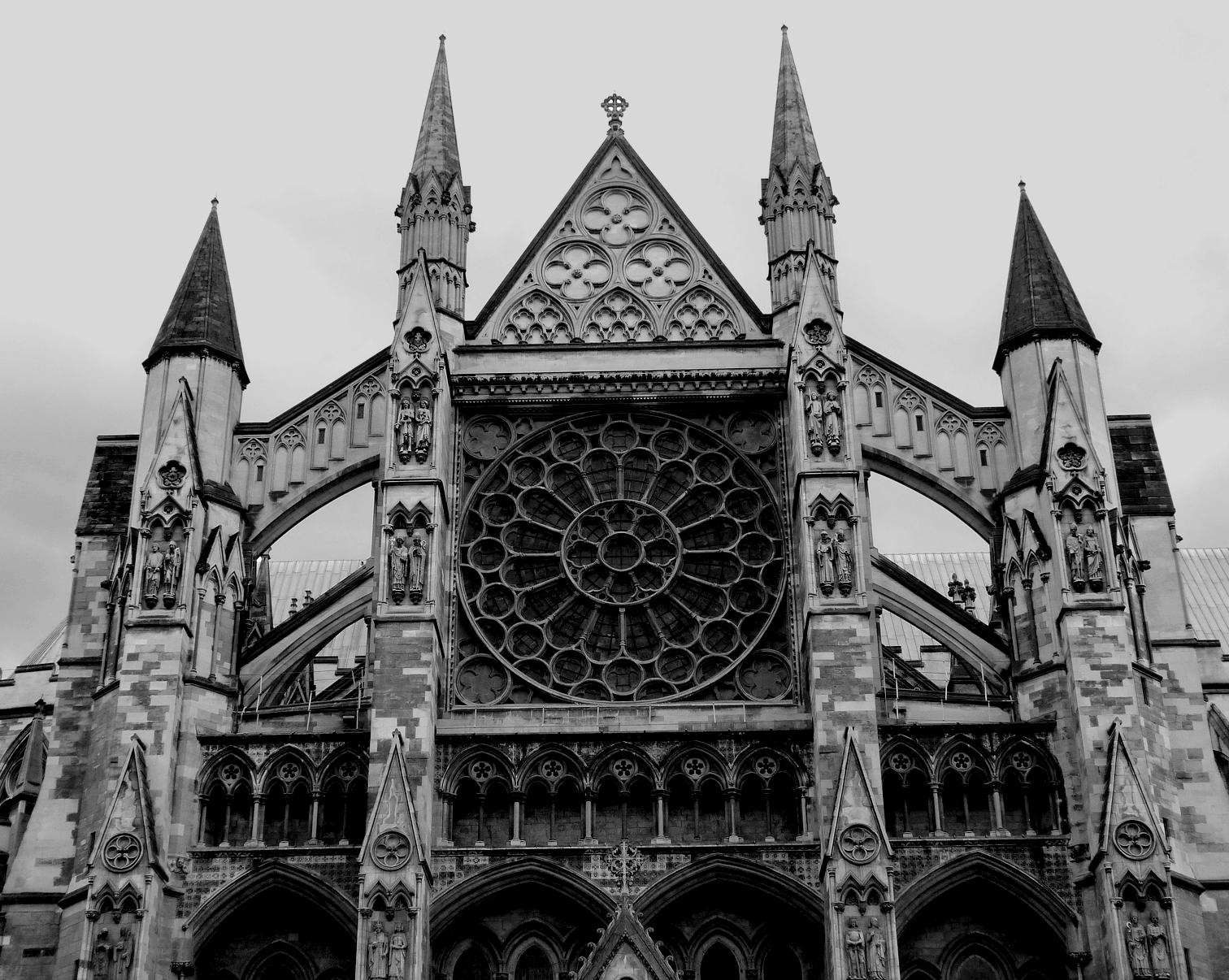 By now it was pretty much rush hour and I was seriously feeling sick with my headache. Rather than battle back to Liverpool Street at such a busy time, I just sat down on a bench in St. James' Park, and watched all the Londoners heading home. I wandered around for a while, not in any rush, until round about 7pm, I thought I'd better head off back to Stansted. I assumed that this was be a nice relaxing ride back and I'd be in my room in less than 2 hours, where I could rest my thumping head. How wrong I was!!!

The Tube to Liverpool Street was nice and easy, but as I reached the main station, I saw worringly red-coloured screens with the words 'Stansted Express' on them! They'd only cancelled ALL the trains to Stansted that evening!! I suddenly panicked and wondered how the hell I was going to get back. I read the smallprint and it said that passengers to Stansted had to re-route via Kings Cross and Cambridge. This was especially concerning as it was now well into the evening and I had no idea of the time of the final trains. So I ran back onto the Tube and dived on a train to King's Cross. I reached the main train station and frantically searched the boards for a train to Cambridge, and luckily one was leaving very soon. As I showed my ticket to fella to get onto the platform he says "oh no - we're not covering those tickets any more". My frantic looks and sudden inability to produce human words must have indicated to him that I was about to implode, so he very kindly let me on anyway. Top bloke.

So, now I am sat on the train, my head getting worse, but at least I am heading in the right direction. However, this was the slowest train journey ever thought of, stopping at every single village station on route, and after a million Little Sniffingtons and Upper Kiplings, I wondered if I'd ever get to Cambridge. Finally, approaching 10pm, we were pulling into Cambridge Station, but I had no idea when or if there would be another Stansted connection that night. Just as I stepped onto the platform, I saw a Stansted train pulling away - oh bum! That's it I thought - sleeping rough on the Cambridge streets tonight it is then! Luckily, it was only the penultimate train back to the airport, and after another half hour wait I got onto the last train, followed by the bus back to the hotel, where I dragged my sorry ass to bed after what was a horrific journey.

After the traumas of the previous day, I was keen for a relaxing last few hours before we set off for Poland. Andy arrived late morning to pick me up and we went off for a few hours relaxing wildlife hunting in Hatfield Forest, which is just south of Stansted. We saw plenty of interesting stuff and I had at least ten new species of insect, plant or fungus. We also had a really early Lesser Whitethroat which we saw very well as well as heard.

Then, mid-afternoon, we checked into the airport and we were soon on our way to POLAND! 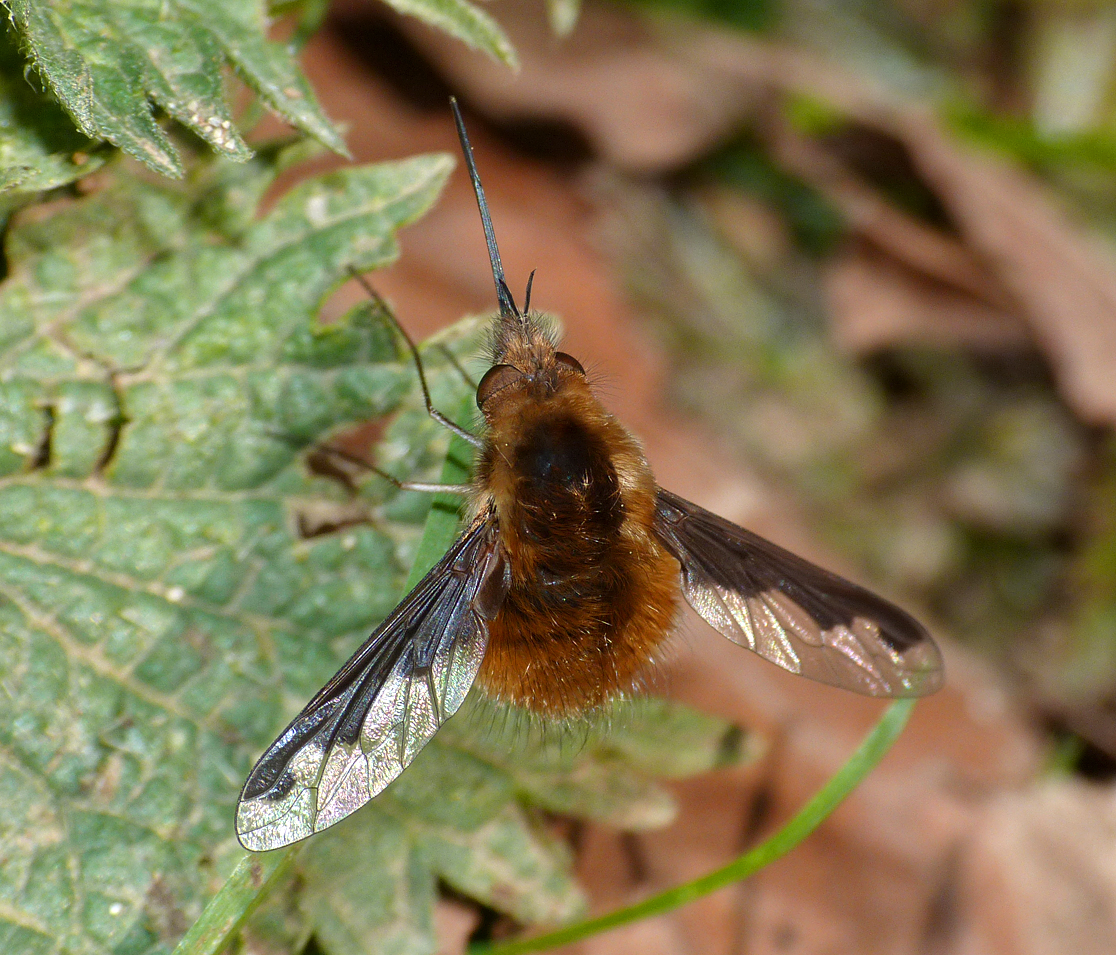 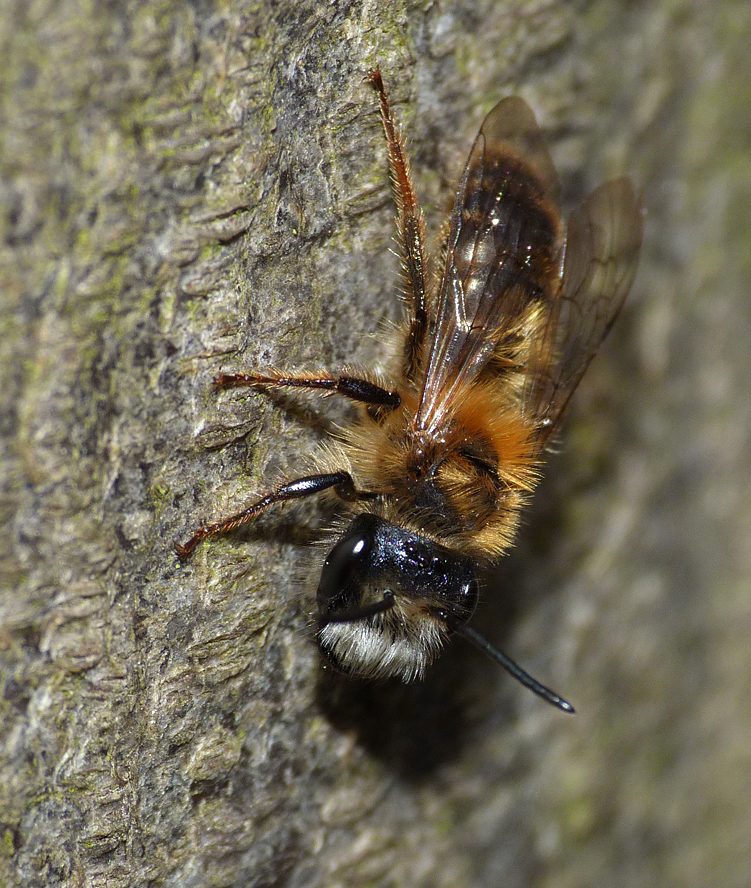 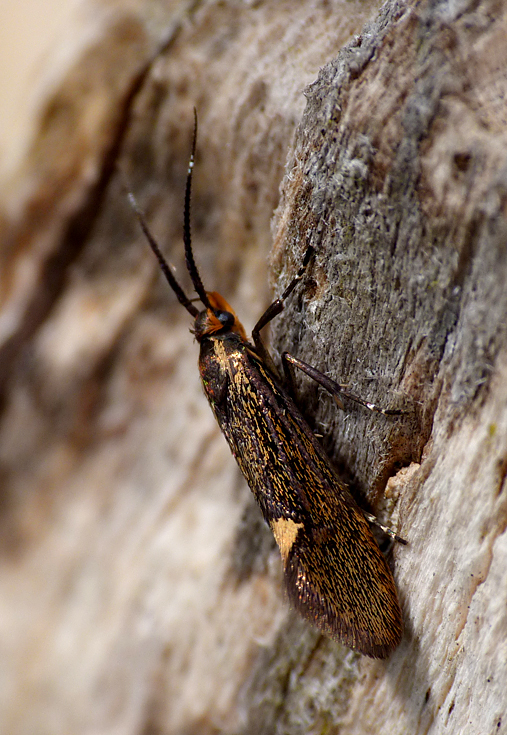