birds : I am still very pedestrian on the birding at the moment, not helped by my second cold in just over a month. I have been popping into a few places - e.g, the first Great Crested Grebe of the winter at Grandes Havres, a lingering Common Sandpiper at Pulias Pond. I did squeeze in an hour or so in the Pleinmont area Sunday morning but there was just a few Skylark in the fields and regular Chaffinch passage going on. I did finally make headway in the year listing with a few Siskin in the trees by the garden early morning twice during the week. So very slow at the moment but it always is.

I have been looking back at my records whilst sorting out a few of my lists recently and it has hit me that there are some species of birds that I used to see regularly but I haven't clapped my eyes on now for ages and ages. A lot of species that we do not get often here in Guernsey, I have seen on visits to the UK recently, but there are other familiar birds that have become unfamiliar. Some examples:

Red-throated Diver - used to be easily the diver I saw most often, as it is the common one off Yorkshire. Not seen since 2002.

Ring-necked Duck - the wandering West Yorkshire 2 or 3 were seen yearly between 1989 and 1998. Not seen since.

Smew - a regular mid-winter visitor to West Yorkshire and Chew. Again, not seen since 1998.

Ruddy Duck - will I ever see one again?

Lesser Spotted Woodpecker - way back in 1997 in Temple Newsam woods.

Marsh Tit and Willow Tit - not since 2003 in the Norfolk Brecks. I used to see the latter in the copses around my home town near Leeds. I wonder if they still live there? 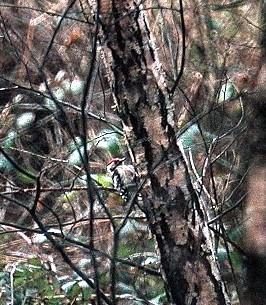 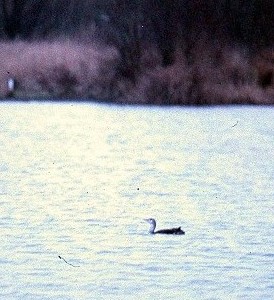 nonsense : Not at all nonsense actually, but great news - the States have just voted in favour of re-building our school! So in two years time, we should have a state-of-the-art, brand new building with proper facilities. Our school at the moment is pretty much falling apart - only this week I had to abandon a practical lesson due to a gas leak, and last month the boys changing rooms were closed as part of the ceiling fell through. So I will have a proper Science Lab to teach in rather than at the moment a converted classroom with a few gas taps and 2 sinks shoved in it, with only 24 places to work at (despite 3 of my classes having more than 25 pupils). Also there'll be an astroturf pitch, a swimming pool and a proper gym. Of course the priority is the staffroom facilities and we will be asking for a well-stocked kitchen, armchairs, plasma tv, playstations and waitresses. 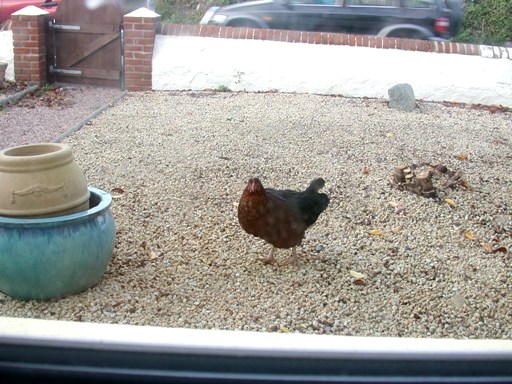 Howard the Chicken - a frequent sight in our garden (no we are not hillbillies).

Named by Abigail after Howard from Take That.