The last two weeks have certainly been rather wet, wild and windy - nearly every time I have looked out to sea off the West coast recently I have seen Kittiwakes. But when the weather is bad at this time of the year it does restrict my birding to brief car-based scans of beaches and bays. Birds have just started to arrive in the bays - rather late compared to recent years, probably due to the lack of cold weather. Three Great Crested Grebes were in Grandes Havres last Sunday.

A stormy morning at Grandes Rocques/Cobo

One of my greatest simple pleasures is driving to work at high tide - especially when it is stormy. Driving the coast road at Cobo (above) with the waves crashing over the whole car is rather fun.

But, we broke up for the Christmas holidays on Tuesday so there is a bit more opportunity to get out in the field. On Thursday I went into Town to get the final few presents and I drove back along the coast. Off Bordeaux car park there were three Red-breasted Mergansers feeding in the shallows just off the beach. I tried to get close to them for photos, but with very little cover, they soon swam off. 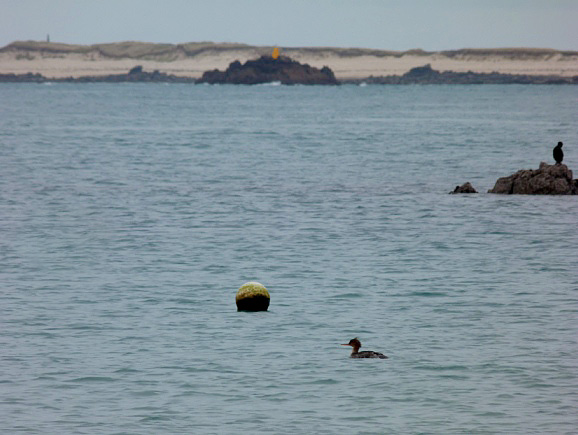 female Red-breasted Merganser, Bordeaux, 22 Dec 11, with Herm in the background. 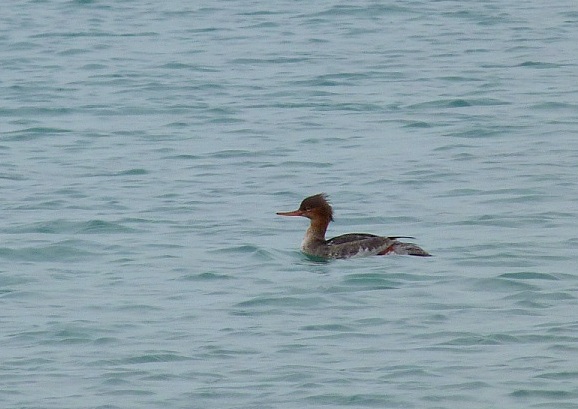 The water trickling down the beach at Bordeaux was making these very intricate patterns. The one above reminded me of Leonardo da Vinci's anatomical sketches - perhaps an arm or something. (click HERE to see a few more on Flickr)

Just past Bordeaux, there was a pair of Kestrels showing down to just a few metres along one of the lanes. I struggled to get in a good position though from the driver's seat but managed a few shots. After a few minutes I realised that there was a small line of cars behind me waiting to stop blocking the whole road - people are so polite on Guernsey, no honks or anything.

Other excitements this week have been my goal recorded in the island's historical sporting records (the local paper) . . .

. . .and that I have got a new toy to play with. I have got used to drawing on the computer screen using my mouse - it comes out OK but is very unsatisfactory. So I decided to fork out for a drawing tablet - sort of an early Christmas present. 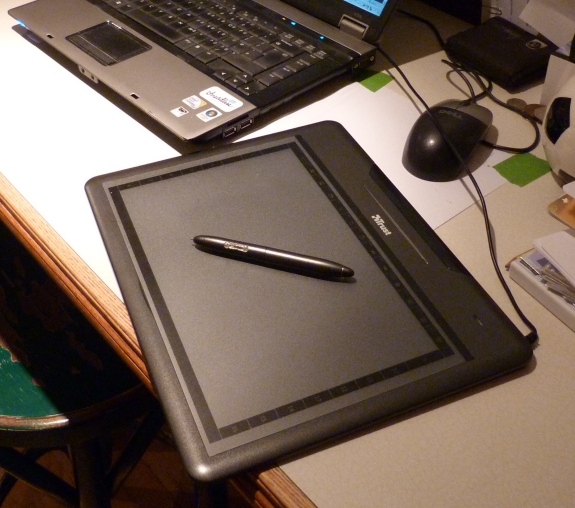 It makes the computer drawing process so much quicker, and I am hoping that, once I have become very practised with it, to be able to draw and "paint" proper bird pictures with it. It has meant that I have been able to rattle off one of my "Just a Bird" cartoons really quickly. (click pic below)

So Merry Christmas to all that read this, and have a preposterous New Year!